Once again, I finished another race. And I did way better then last weeks 5K. Maybe because I actually warmed up beforehand.


I finished about 24-25 minutes. I am not sure of my actual time. I never checked after I finished and I did not look at the clock when I got to the finish line. I was taking pictures with my cell phone. Yeah, my official race pic at the end will probably have me looking at my cell phone. 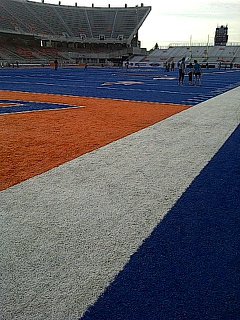 The Boise State blue turf before the race started. 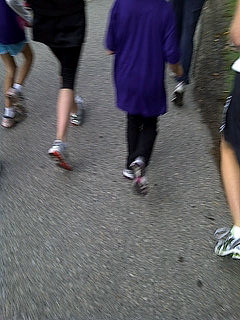 Lots of Girls on the Run, all wearing purple, along with other racers. And I have a new found dislike for people with jogging strollers. How annoying are they nearly running people over take up soooo much room? Sorry, some people were rude with those strollers today. 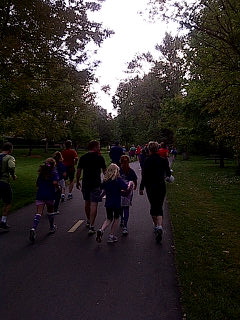 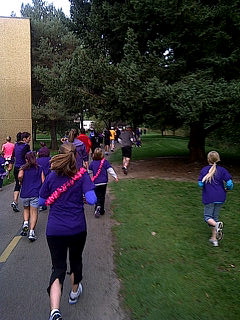 Lots of people, which was nice. I knew I was not going to get lost. Plus it was on the greenbelt. Easy course. 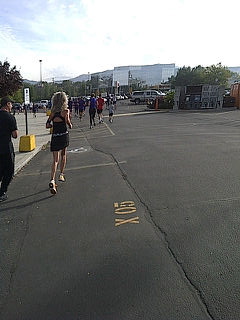 Met up with the 10K runners coming from the other direction on the greenbelt to run around the stadium to the race track finish. 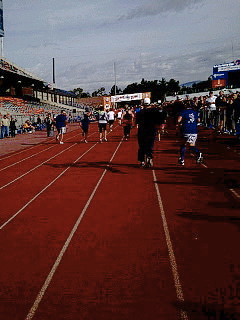 I'm fumbling with my camera to get a pic of the finish line. Like I said, my official race photo will have me looking at my cell phone, but at least I was not looking at my Garmin at the end. 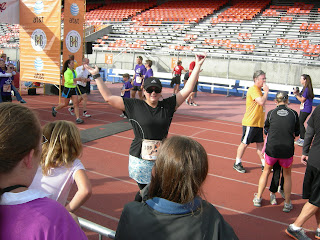 Downside of this race was the start (where people were just grouped together and there was no PA announcement or warning that the race was going to start - just the sound of the gun. Spectators were allowed to stand with the running crowd, which made them in the way.) and the midpoint water station. They really needed more then one table and the volunteers were not able to keep up with the demand of all the racers. So if you wanted to stand and wait for them to pour you water, the you waited with a group of people. Me, I had to bypass the table and the group of runners waiting for a cup. Oh yeah, the pancake breakfast was not the best after. The 5$ coupon to Elmers made up for that.

Upsides of the run. This is a run I wanted to do, or at least volunteer for last year. But my working schedule is not very good to things happening in the morning - unless I take the night before off, like I did for this day. There was a better crowd along the run cheering, some with signs (no cowbell  *sadface*) then my 3 previous runs Some band named Scars on 45 played. I guess their music is featured on Greys Anatomy. Me, I never get a chance to watch Prime Time TV, and I don't listen to the Radio, so I don't know who these people were, but the girl has a good voice and the music was very good. 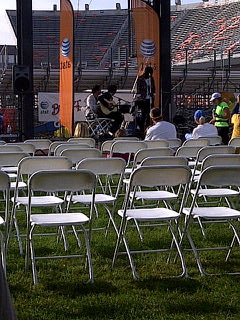 Now, my day will finish with a 10 mile + training run, fooding, maybe some gin, and then a hot tub.