October 01, 2012
Sunday, was my 2nd half marathon of the weekend. The Idaho Wine Run. It started at the Ste. Chapelle winery. I heard something about wine at one of the water stops, and the Yollar deal put enough sway in me to sign up for this race. I played around with the idea of doing the full marathon, but was so afraid of being last with so few people signed up. From the looks of the results, I don't think I had anything to worry about as people of all finishing times finished.

The directors of this race are runners themselves and have other races they put together locally.

The morning started out good. I got more sleep (7 good, hard hours!) then I get on most nights before the races being so tired for Saturdays race. I did my best to replenish carbs, salt and water on Saturday night. I had what I had the morning before for breakfast. Chocolate protein shake, coffee, citrus Nuun, and sipped on another lemon Hydro. I was well hydrated and pottied a few times more then what I did the morning before. My gut had some nerves as I didn't know how my leggies were going to hold up. I wanted to have fun for this race and finish faster then the day before. My goal for this race was 2:40, but as always, I always go by feel to prevent injury/sickness. I was running on tired leggies.

I had woke up with some DOMS on my ankle, hips, calves, quads, hammies, upper back, shoulders, lower back. I warmed up with stretches and leg and arms twist, side twists. I wore a pair of shoes with less miles then the day before. My black Brooks are my go to trainers for most of this year (guesstimating 300ish miles and may be time to transition them out), and my blue Brooks have less then 50 miles on them and only been used on 2 (maybe 2, need to look at previous pics) races. 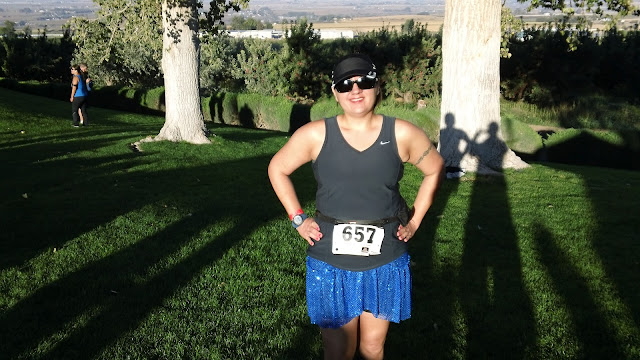 Race started a little late, like almost 10 minutes I think. And all events (5K, 10K, Half &  Full) started at the same time - 9am. Bib and chip pickup was the morning of and had a small wait in line. No goodie bags filled with adverts I have to recycle, no shirts, no samples. Just bib, chip and Over 21 wrist band. Easy and simple. Since the winery has events of their own, they had 4 real restrooms available. Which were clean, but there was no hand soap available when I used it about 8:30am. Either way, just glad I didn't have to use porta-potties. Water and Powerade (I think) was available at the start and available at the finish. I didn't use my ipod today because it was dead. I think that accidentally Play got bumped and it played all day yesterday and night long until it died. Oh well. Not really something I have to have anyway. It's just a distraction anyways.

The first mile started out uphill and there were a lot of people walking. I stayed at a comfortable pace. The 2nd half of that mile was a downhill (I think that was the 500' elevation) and even though I stayed at a comfortable pace, I let the hill carry me down and I think I was actually around a 6min/mi pace. I slowed my roll at the bottom of the hill. Water and Powerade was available at the first water stop, which was the turnaround for the 5K. Oh, and guess what was there too? Yes, that wine tasting I was really excited for. Thank you for having that available. I took the white, Chardonnay I think. I wasn't sure how wine was going to work on my tummy, there was an uphill I had to trek up right after. I didn't seem to feel sour, or anything sloshing around.

All the water stops were well stocked with the perfect amount of water in each cup that I didn't have to dump out before I tossed the cup, and everyone was super friendly. There were orange slices and gummy bears instead of gels/ect. 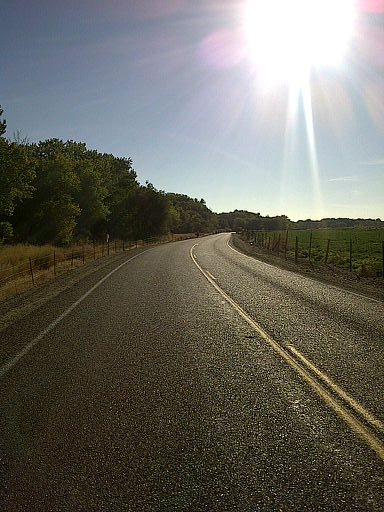 One thing I liked about this race was there was a lot of people taking pics. Oh, and the mint fields we got to go next to! I am curious on how these pics are going to turn out because I know those photographers were taking multiple pictures of people. Take pic. Snap. Snap. Snap. Snap. There has to be a good pic somewhere. I felt like I really had my own personal race paparazzi. I posed with peace signs for the first 2 photographers. Fist pumps the 3rd. Devil horns the next 2 after that. On the way back I didn't feel like posing. I was hot and tired.I shoulda worn sunscreen because I got a little too much sun on my arms.

I took my vanilla Accel gel at mile 5 water stop.

My legs felt amazing for the first half. I stayed at my personal cruising speed until mile 7. Then my legs died. They hurt. My quads hurt. Everything else mentally and physically just was full of energy. But I just couldn't get my legs to go faster. My mile splits were all over the place. My 11min/mi slowed down to 13. Crap. I might as well walk if I am going that slow. I just said Eff It and walked. I didn't want to get injured and I have to work Monday. 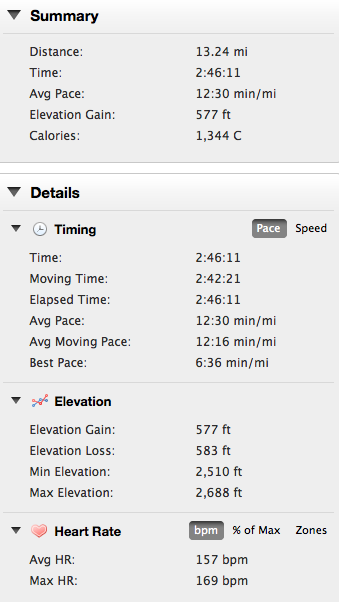 I trotted where I could. Walked up the hills. On the way back, I took pics where I didn't on the first half. 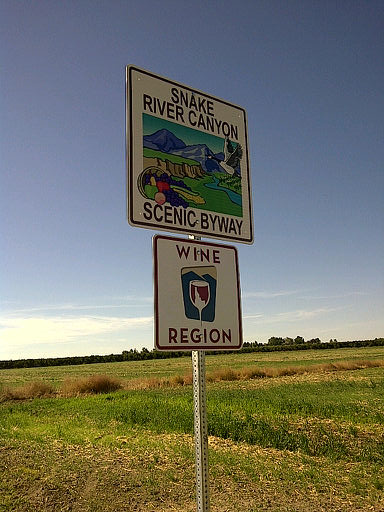 You know you are in wine country when the road names are wine related. Burgundy and Merlot. 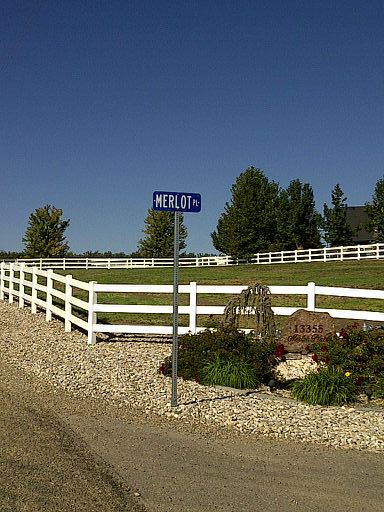 I made sure to take another wine taster on the way back. I picked a red instead of a white. My stomach did feel really empty and not sure how I was going to feel after that. I took an extra cup of water right after. Nothing felt bad, so I guess I don't think it was too bad of a deal to have wine at the water stops. 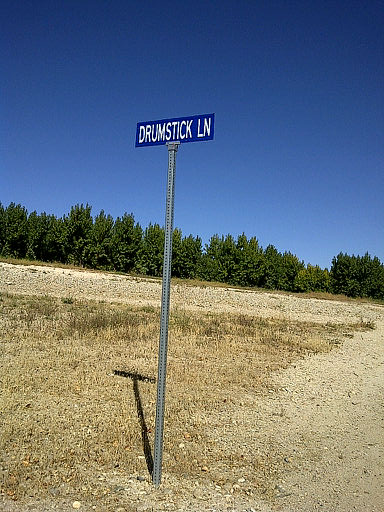 Nearby there is a Chicken Dinner Road. Never knew there was a Drumstick Ln. Here was that last mile and my drumsticks were hurting attempting to power up the hill.


My official chip time was 2:45:32. 5 minutes slower then predicted. But it was faster then the day before. I'll take it. 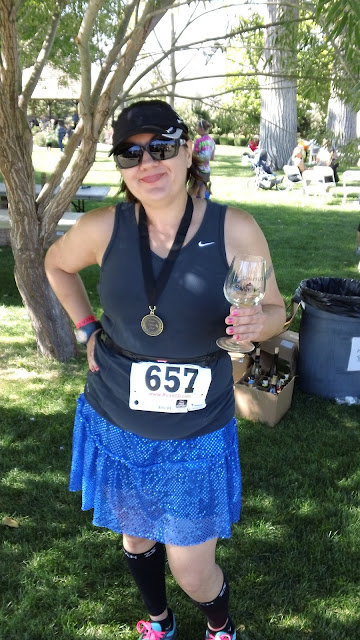 I got my medal, wine glass at the end. There was water and snackies at the end. Local wine grapes and apples from nearby. The grapes and apples were so freaking good. I don't think they were washed. Just fresh picked and put on the table. I didn't get any stomach upset from it but they were very tasty. There was bananas, chips, peanuts, cookies, doughnut holes, and some other random things. I just had some chips, a peanut, a bunch of grapes and apple. Oh, and 3 wine tasters from the other wineries set up outside. (I had 2 tasters from Vale Wine Co. and 1 (High Desert Blend) from Bitner. Bitner was flat out gross. Sorry, Bitner, but I didn't like it. The Riesling and a red blend from Vale I tasted was ok.) 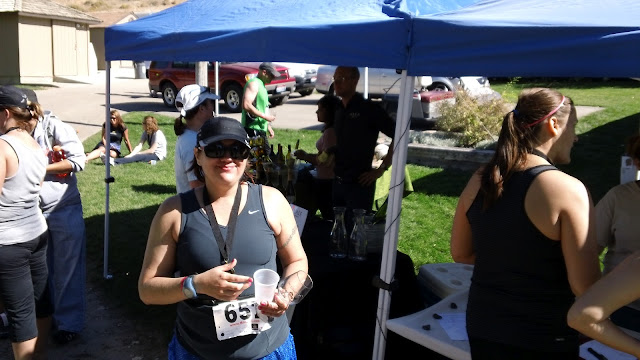 Anyways, this race went ok. I would do it again, but would like to attempt the Full. You never know how a race is going to go for you and everyone else registered, so I should have taken the chance. My legs on Monday feel really good with less soreness then the start of the race. 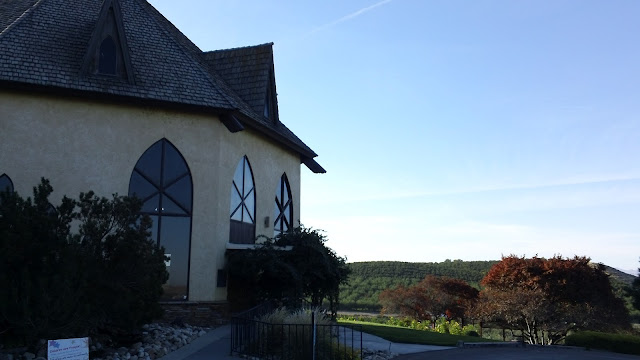 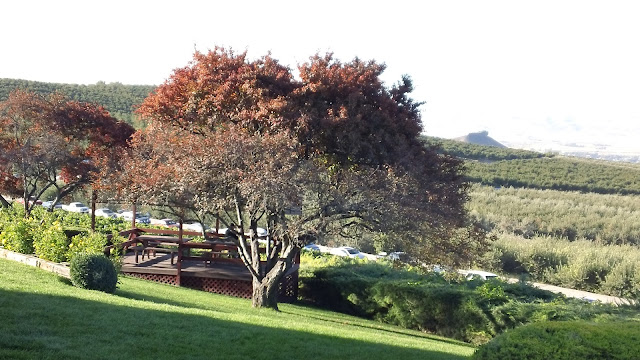 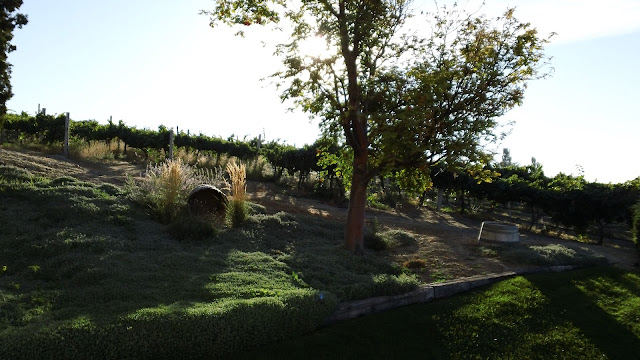 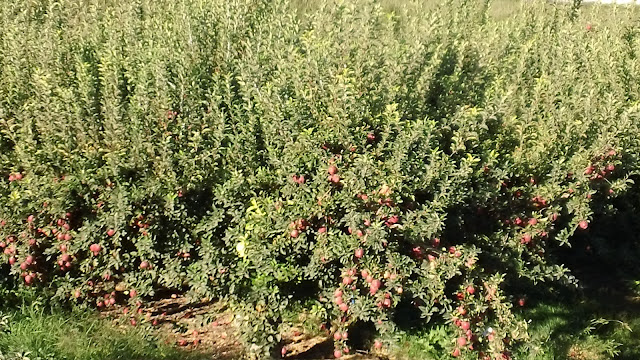 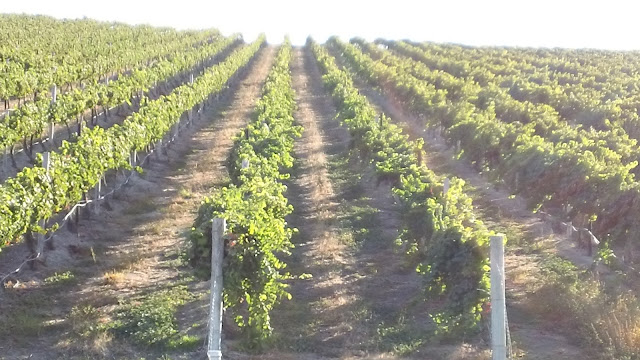 The Snake River Canyon area is pretty and the fall season is a good time to go.