Race 2 The Summit Half Marathon Review

October 01, 2012
Saturday was the first ever Race 2 The Summit Half Marathon in Horseshoe Bend, Idaho. This race was started to benefit the school district. There were levies that didn't pass and there were programs being cut, like PE due to the budget. So 3 running moms decided to take the school budget matters into their own hands and put together this race to raise money so school programs could continue. And I think that they did a pretty good job.

My morning started out just fine. Despite the fact the BF was hiding all week long that he was feeling like he had a cold, which he was in full, germy, sickness mode. All because he didn't want me to freak out, but I sure washed my hands like a meth addict this weekend to prevent any bug getting to me! He woke me up an hour before my alarm (4:30am instead of 5:30am) because of his snotty sickness. For breakfast, I got a cup of coffee down, a citrus Nuun, and a chocolate protein shake. I sipped on the drive, a lemon Hydro. I was able to shake out a turd before I left home, but still wasn't enough. I had the urge again on the drive. I figured I could wait until the port-o. Well, that didn't go as planned because the port-o I was in, had poo smeared all over the seat. Hmmm, maybe that is why it was available. I covered the seat and hovered, but any urge I had to go was nixed. I just gave up and started pulling my shorts back on and then the door opened by someone wanting to use the facilities. I guess during my hovering over the seat I bumped the door lock. Ooops. We all were embarrassed.


The race started pretty much on time - 8am. The morning was cool, and slightly smokey air. It didn't take long for me to warm up, highs expected in the 80's. And there was a breeze that helped blow out some of the smoke. But it was enough smoke to affect my lungs for the next few days. 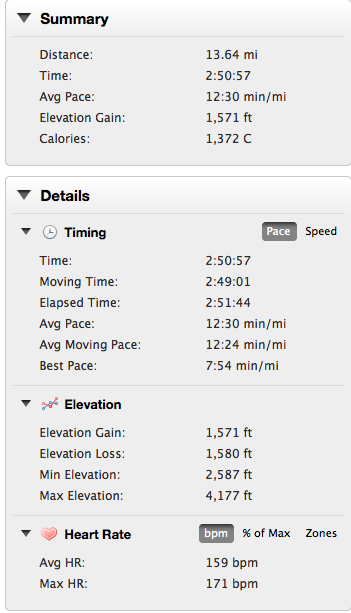 This race took the old highway, which follows next to the current highway, and merges with the highway at the summit. 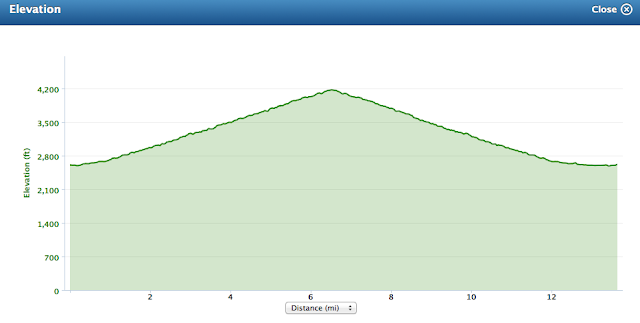 I had no goal time to this race. Actually, I was expecting 2:40, but I had no goal time. I walked/ran the uphill. Shizit was 1500' elevation climb. I wanted to save my leggies for the next day. The water stops were right around where they should be, every 2 miles or so. There were no gels available, but they had red Gatorade and red licorice ropes. I think there was a port-o-pottie at nearly every water stop except the 4 mile one. Don't remember for sure.

I took my gel, vanilla Accel, at mile 4-5, whatever. A little early, but I think everything worked out ok. I took a few sips of water at every stop. I also took along my ipod. I got rid of some songs on my running playlist, but had to skip some others. A new addition for today was this song.

I had little aches and cramps at different body parts during the race. I still had to go pottie, but never really wanted to use the pottie, especially when there were people cheering on the runners right outside. CHEER. Goes in pottie. Pottie. Hears cheering outside. Comes out of pottie. CHEER! Anyways, that's my own issue and I didn't go until I went home and all that worked out ok. I felt like my right quad wanted to cramp up when I was slogging uphill. My right ankle hurt. My lower back on the right. A side stitch on the right side. One thing was talking to me, then it would stop and something else would have something to say. 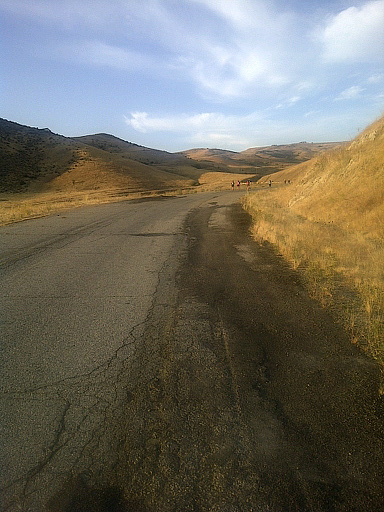 I had a couple 4 girls in my sights the whole way up the hill. They were always just that distance away where you could see them but never catch them because you were all in the same gear. I got them on the downhill. Then they caught back up to me. Then I got them back again, and I stayed in front on the last 2 miles. Oh, and the race was a little long according to my Garmin. So my predicted time would have been just right on if it wasn't for that. I had some tired legs at the end and I was ready to be done. I did pass 3 more ladies at little extra jaunt at the end.

There was a lot going on at the end of the race. There was plenty to eat, and I wish there were plates available for the watermelon. It was really good and I had 3 pieces, and I really wanted more. There were bagels, Chobani, string cheese, Cheribundis, water. You also got a free Rolling Rock beer with your bib. Yay! 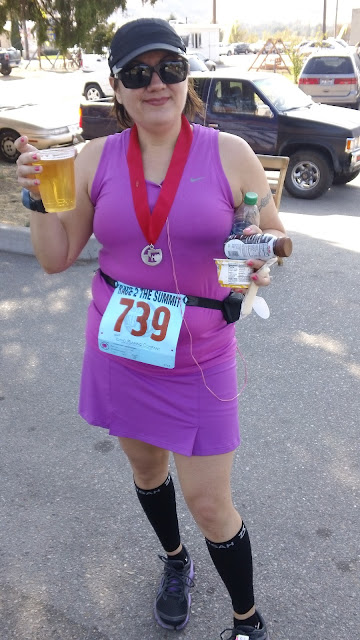 Across the street from the finish, the whole town came out to the park. There were little booths of items for sell and people peddling their wares. I thought it was cute that the whole town basically was involved and everyone was excited for this event. I felt like the directors did a very good job, except that little unexpected extra at the end. My official time was 2:50:20. 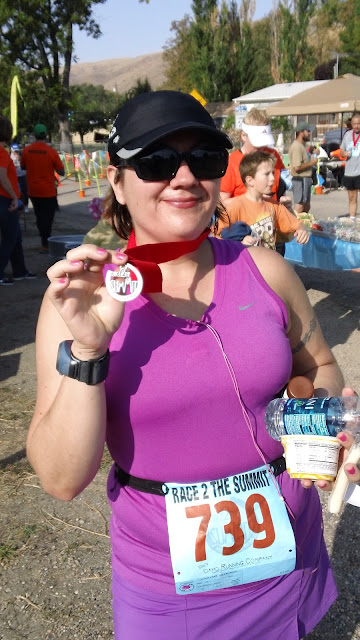 One thing I wanted to add was everyone was really friendly. Runners and volunteers. Since this course was basically an out and back, and I was at the back of the pack, everyone who was heading back gave out a Good Job and a Looking Good to us back of the packers. I don't think I have ever encountered a so many friendly people during a race.