November 04, 2012
Saturday afternoon was over 21 easy miles on the bike. I wore a pair of bike shorts that I know that they need to be replaced because they are old and the chamois is thinner then what they were years ago when I bought them. I have been unhappy wearing them most of the summer. So I know they need to go.

The shorts chafed my, um, lady parts. I have NEVER had that happen before. And I bike often - I give up my car to bike commute the last 5 summers. Yesterday was the most painful chafing that I have had ever. I was unhappy with my bike ride because of that. Around mile 12 I told the BF I was done with the ride. But still had to get home. Using the potty and the 2 showers I have taken since the bike ride kinda made me yelp out loud. Ugh. I know that chafing happens, but never had it happened to the painful extent and location it did today.

I did decide that doing the Hard Guy trail (I only do the this trail because of its name!) was a good decision on Sunday afternoon. Even with the chafing. I used my extra hour to get about 9-10 hours of sleep. Ate some oatmeal for breaky, slathered on some Monistat Chafing Powder Gel (I didn't want to swipe BodyGlide on down there & have to use it in other locations) and hit the trail. 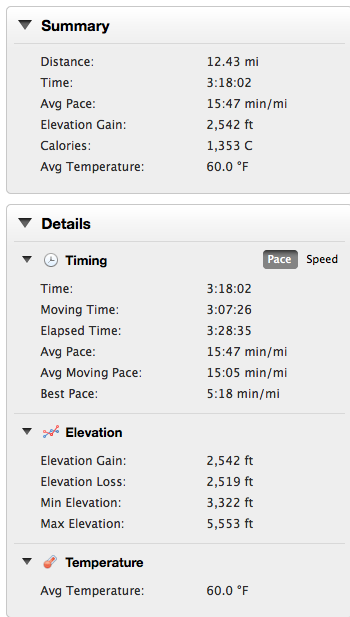 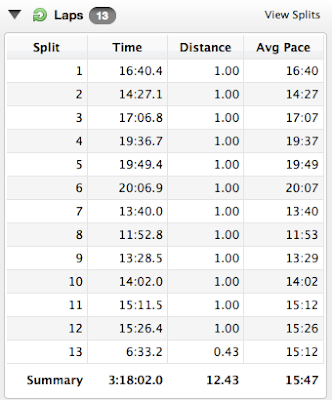 Yep, this time on the trail was the fastest. 4:41 when the BF thought he was going to die & 3:36 by myself. Getting faster and stronger does happen. Maybe it was because the 60 degree weather, instead of 100 degrees. Although I think I am getting stronger & faster!

I had 2 Gu's at mile 4 & 8 and pounded some R4 I had waiting for me in the car at the end. This was a jaunt I wish I had turkey gravy Gu instead of sweet. I kinda wanted something savory. Maybe I will take a McD's cheeseburger on my next big day on the trails. That crap is full of salt & basically dissolves in your mouth, and has plenty of calories for me to burn off.

What was your workout this weekend? Would you like savory gels instead of sweet? Have you ever had chafing in places you should not ever chafe? What sort of bike shorts do you have? My old Cannondale shorts need to be replaced!