Race To Robie Creek Half Marathon 2013

April 23, 2013
In 2012, I completed my first Race To Robie Creek. It was tough, but I really thought it was the 80-something degree weather that made it so difficult.


This year, the weather was perfect (50's), my legs are stronger, and I'm way more confident in my distance abilities. I did complete my race in a half hour faster then last year.


I had chip timing issues where they have to manually enter me into the finishing time and they are real great about it, but I know I finished around 2:35. Last year was 3:11. The Soleus appeared to sync up with the race mile markers better this year then my garmy did last year.

I did have a time goal to finish in 2:40 and to run more then walk, not hurt myself, and have fun.

I started the day nervous. Like leg shaking, gut churning nerves. Mentally, I was fine, I slept OK. But my body was freaking the H out.

There was a bigger police presence this year, and I think less spectators. Maybe it was the weather for the less cheering fans along the side of the road going up to the canyon, since it was cool outside. Or it could have been the Boston deal. Who knows, but there were people out and about cheering and it was fun.

I felt fast and I kept my pace easy. I wanted to run as far as I could, and walk when walking just became faster then running. That was at mile 5. I felt like I had run out of go-go juice. I had water at all the water stops. I had a bite of orange slice somewhere around that and 1 gel at mile 7. I should of had it sooner.

I had a hot spot forming on both arches of my feet. I can't remember when that started. I want to say mile 3 but I could be wrong. Or it could be right. It was from my shoes being a smidge too tight on the laces or the grit from the trail. Or both. But I did get a blister on my right foot, and 2 starting on my left.

I took pictures only when I walked. I wanted to take more, but I didn't want to dig my phone out of the pocket and walk to take pics. 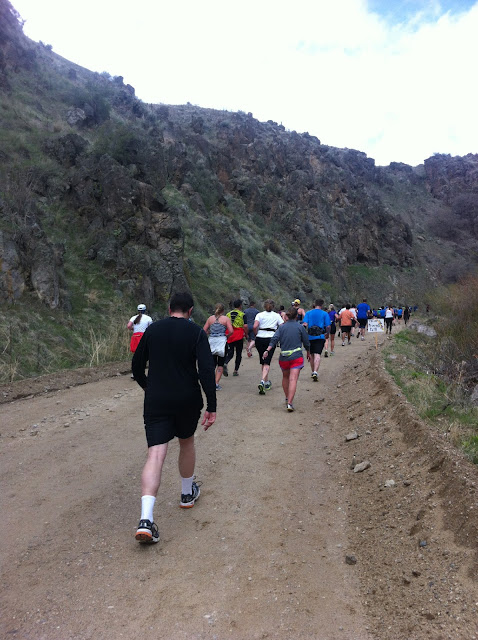 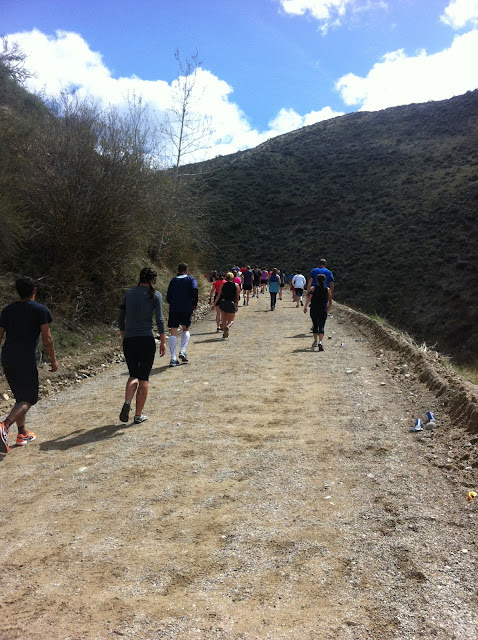 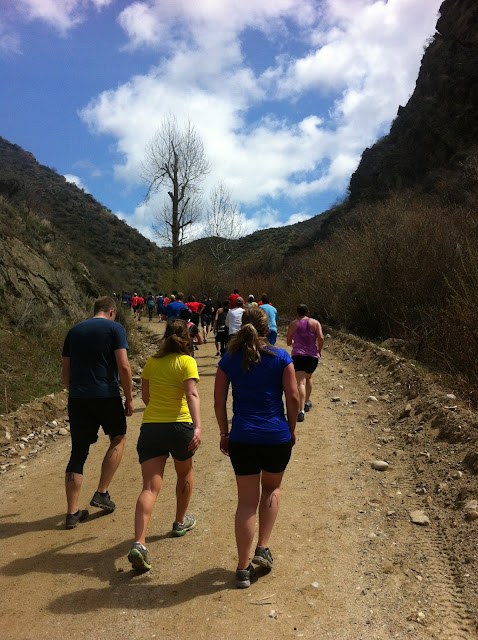 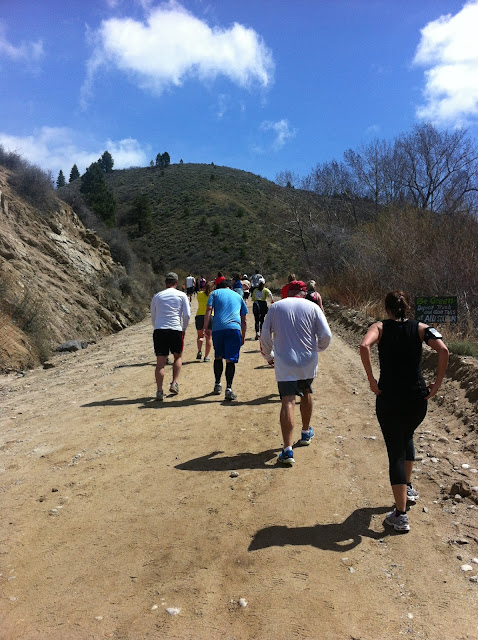 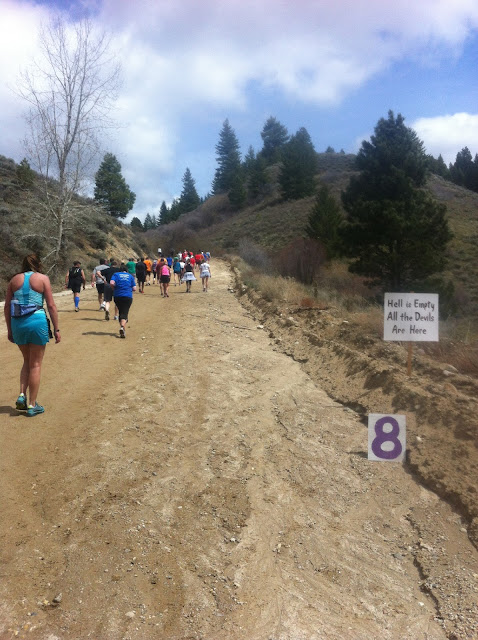 I could feel it in my quads that they were getting worked. Things were hurting and I was blocking it all out the best I could. On the backside on the downhill, oh, I was feeling it. On that 9th mile, I seen that I was at a 6:39 pace and finished that mile at a 8-something pace.

But I had this horrible side stitch happen. Like every step resulted in a spazm. It wasn't a breathing thing and it was more on my right side but I could feel it on my left, too. Of course I stop and walk to see if that would calm it down and someone had to yell out "I read your blog!" Thanks. ;-) I started trotting after that. 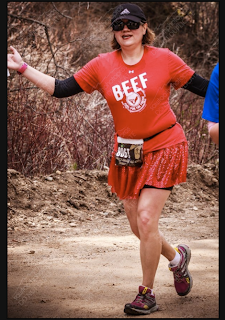 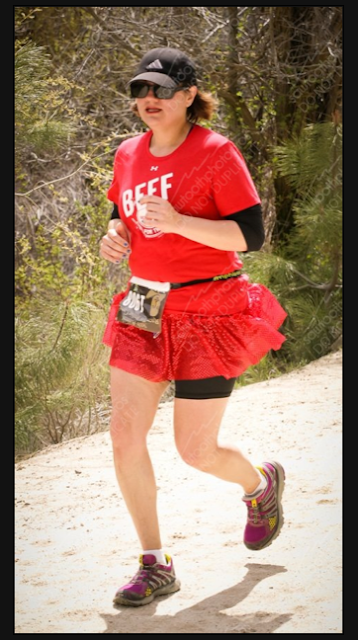 And unlike last year at the finish, I didn't have to wait a half hour to find the BF who was wandering around the crowd. He arrived off the shuttle bus right when I was finishing this year. I asked him to take the 1:30 bus but he took the 2:00 instead. So no finish line video from him, but at least he was right there with my bag. I had to change out of my shoes!

I am about 6 minutes in on the finisher video.


I did appreciate the quick Highlands Hollow beer line and I had a few of those beers - two at a time. The food I thought was better then last year but it could have been that I finished faster, and just plain ol' got to it sooner.

I was tired on the bus ride to the car to home. I wanted Big Juds. I wanted fro yo. I wanted a nap. I didn't get any of those because I just sat in an epsom salt bath.  Sleep that night really sucked a big one too. I kept having muscle spasms near my shoulder blades that kept waking me up.

It is Tuesday now, and I will be having a mental breakdown from nerves in a day or two for Saturday's 50K. (am I ready? did I train well enough? will I be recovered to start? should I request to start early? eek!) My quads still have some of the worst DOMS that I have had. Like, hurt to the touch, I don't want to stretch this out or get out of my chair DOMS.


But this is all what I signed up for and in reality, I had fun. I will be back for Robie next year with a hopefully faster finish time!