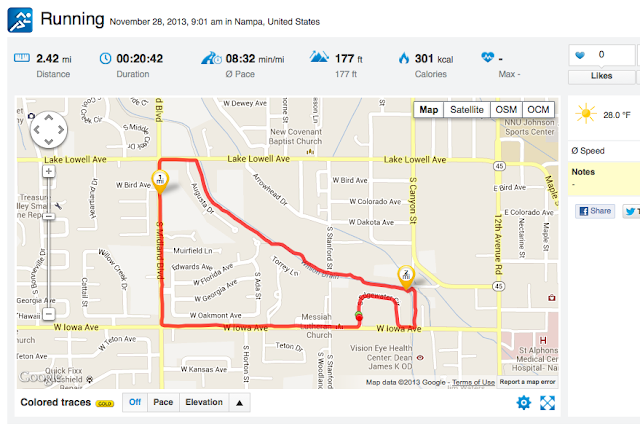 Good news, I placed in my AG. And I was someone's rabbit the whole race. FYI - lots of pics below.

I woke up early. Like 6am early. Had toast and coffee. Just a few race jitters. Not much but had them until the start line. Got to the race start 45 minutes early. Got my bib & shirt, which was super cute.

After that, I went back to my car and listened to my new favorite song, Rage, for 20 minutes on repeat - which prolly isn't appropriate for kids and easily offended peeps.

I did a quick sloggy warm up 15 minutes before the start and went to the start line to size up my competition. 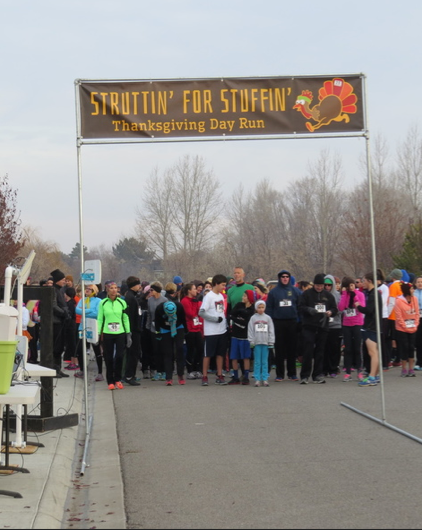 And to be caught in my natural state twittering. 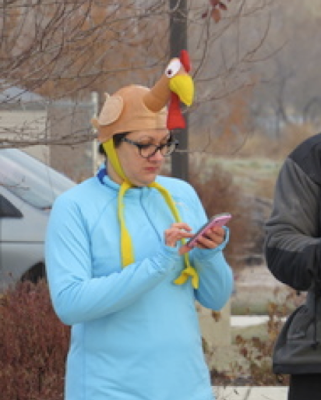 Race started and I went out, what didn't seem like fast, but I guess it was. That first mile ended up at 8min/mi!

There were kids that started out in the front. I was trying to dodge those who I wanted to be in front of and some of those were those kids. I had 1 little girl who I nearly pushed out of my way when someone called her name behind us and she stopped to turn around for them. Um, people. Don't stop in the middle of the way. I have a feeling I WILL bulldoze someone over eventually, no matter how old they are. And I would feel bad.

I had my phone in my hand to see my Runtastic app while I ran. I checked it a couple of times when I felt slow. Starting out at 8min/mi and ending the second mile up at 8:55min/mi is quite a slowdown. And it was silly to think that as Slow because I am good at slow 12min/mi. And I didn't take any pics because I had someone right behind me the whole way. I was her rabbit. It felt good but I just didn't have it in my legs to kick it any faster to lose her. 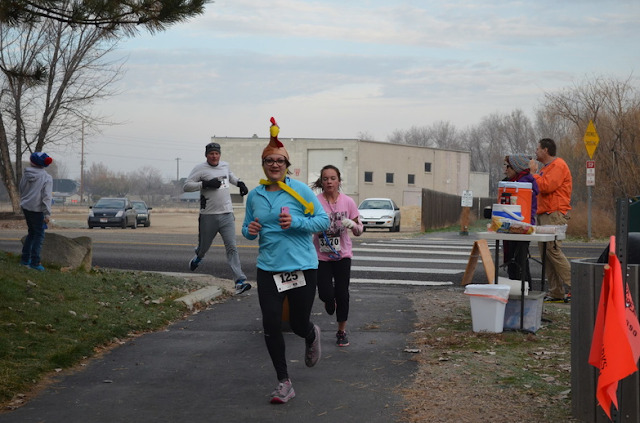 Well, maybe that is a lie because I was breathing hard, but not as hard as her. And I don't look like I was working hard in any of the pics taken during the race. I knew she was right behind me like that nearly the whole 2.5 miles. And she was hurting. Her footsteps were so noisy. Slapping the ground. Her breathing was more then labored. She had to stop and walk a couple of times and I was hoping she would stay walking. But she just caught up right with me. I'm sure she was thankful that I was doing a gradual slowdown. That whole anti-negative split thing. 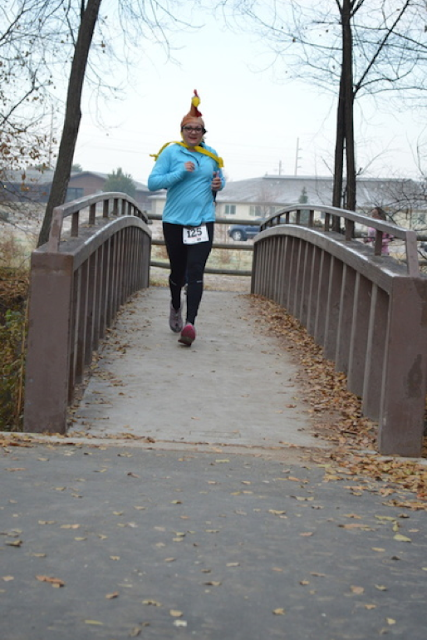 Shes on the right side of the bridge by the trees. 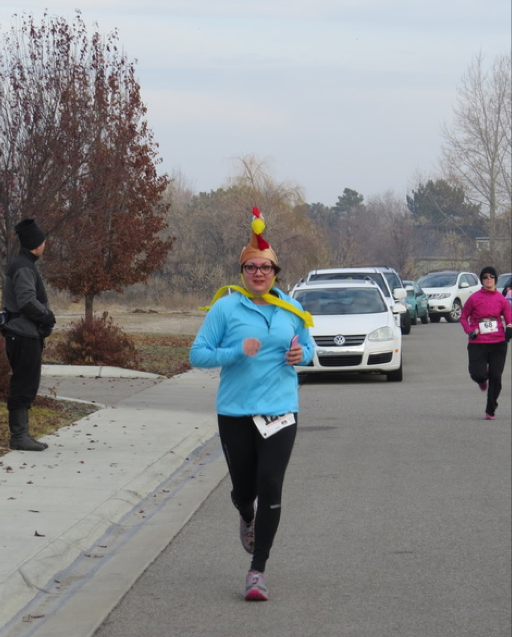 But I plodded to the finish. I guess I need to work on that whole negative split thing. I need to work on being ok with being uncomfortable. I run too much in the comfort zone, which doesn't help when I need to put a hurt on at times like this. 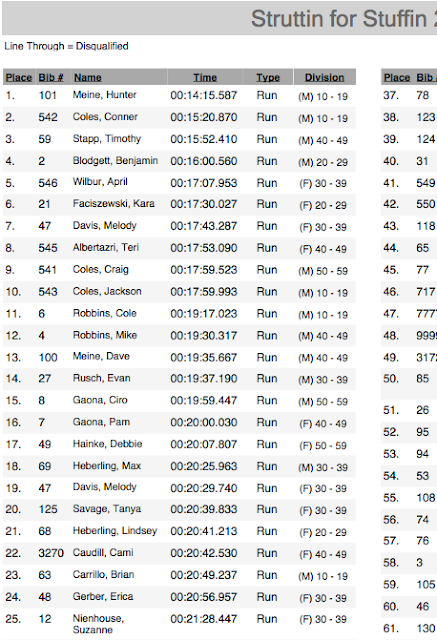 Good enough for second in my AG! My only race goal was a time was under 25 minutes.


There were plenty of snackys after - grapes, bananas, muffins, chocolates, bottles of water and some hot chocolate and powerades.

I then went to Starbucks, home for a shower and nap. Then stuffed myself at dinner. All in all a good day!

Did you Turkey Trot? Advice for kicking it at the end of a race?