May 18, 2014
I went into this race as completely non-competitive. I was not even going to push myself or attempt to break into a sweat.

I had my butt kicked this week being so sick. I had a fairly high fever until about Wednesday. I was feeling better after that when my antibiotics finally kicked in. Sore throat was gone, no fever, just coughing up all the junk in my lungs and I felt weak and tired all week. I have not slept very well all week with the coughing and hacking waking me up. I attempted a run on Thursday and just walked it instead. I did not have any energy! 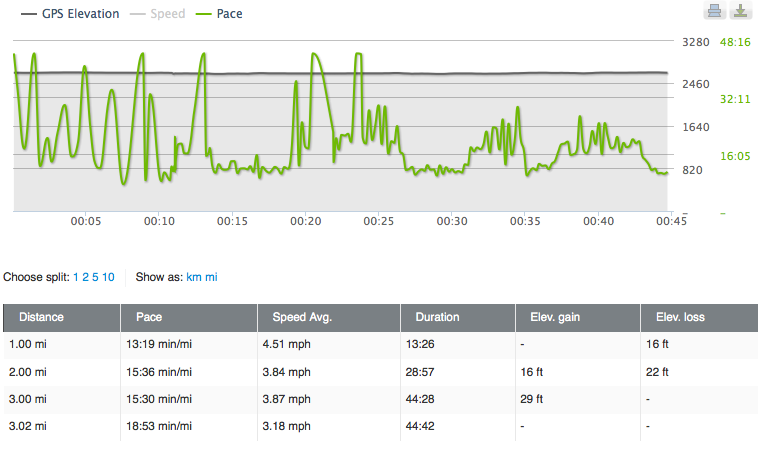 That was what I was expecting to feel on Saturday morning.

Saturday morning was uneventful. Made it to the race start a half an hour early. Did a little bit of a warm up and with 10 minutes to spare I got in line with the crowd. It wasn't too bad but when the start happened, the first mile was crowded. I forgot the knee brace at home that I have been faithfully wearing. The new boy gave me some $170 brace he found at the thrift store and I have worn it at every run.

It is made for rehabbing knee tracking issues and I think it has been healing my knee. I had no knee aches as I did this race!

Anyways, the first half of the race, I wanted to just cough and cough. All that junk in my lungs was really loosening up. I feel like I have the plague when I have to hack non-stop in a crowd. I know how paranoid us runners get with being sick and it being race season, but I did not feel eyeballs of hate glaring into me. The 10k'ers split from the 5k'ers and a bit more room on the Greenbelt opened up.

I just took my time trotting. Kept it easy and relaxed. I wasn't really taking in the scenery or anything but just plodding along. I have been using the Runkeeper app on my phone as my GPS and every time I looked at it, it appeared I was negative splitting! What?! I never do that! 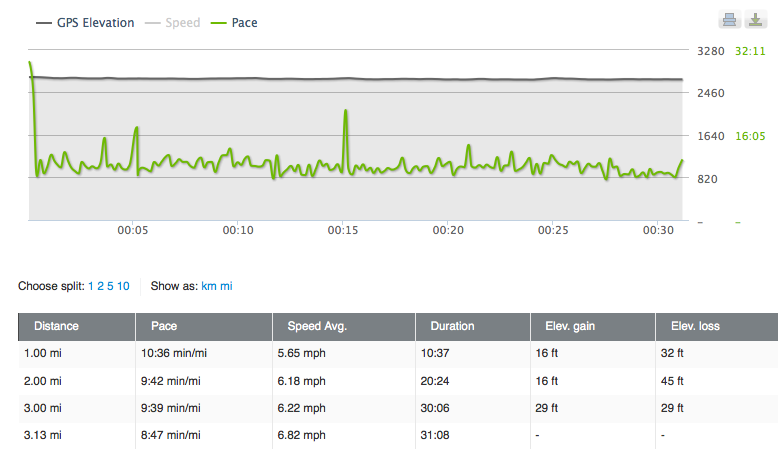 I predicted a 30 minute finish and came close enough to that. The race had some issues with the timing and I think that my runtastic time was more accurate then their time. I checked their computer when I finished and it said that I was 6th female in my age group. Now it says I am 9th. And I have 2 different finishing times on their system. - Edited - oh, its chip time and gun time. Duh.

My official time is the gun time and not the chip time?

I don't recall anyone finishing before me but another Team Beef couple that finished holding hands. But the official results says a few other people finished between them and me. I don't recall that... but who knows. None of this is a big deal because I didn't place, BUT if I was at my expected speed of 26 minutes, I WOULD have placed. Why was everyone so slow at this race? Where are all the fast ladies at? Were they all doing the longer distances? 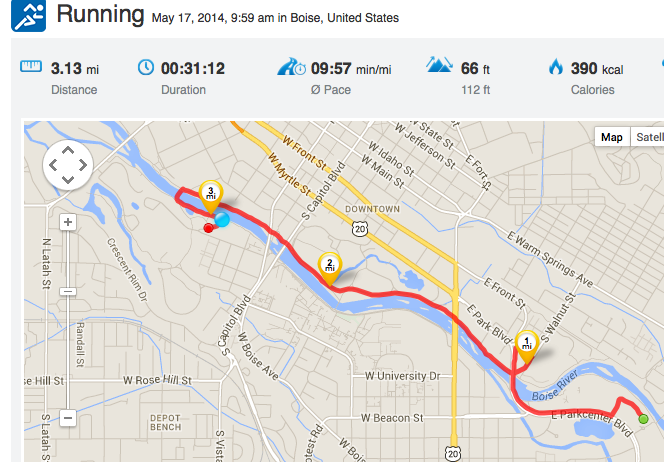 Oh well. It's over and I finished without feeling like death. I got my raffle ticket - I didn't get my raffle ticket last year... The new boy was taking my picture to prove that I was at the race and he heard my number. 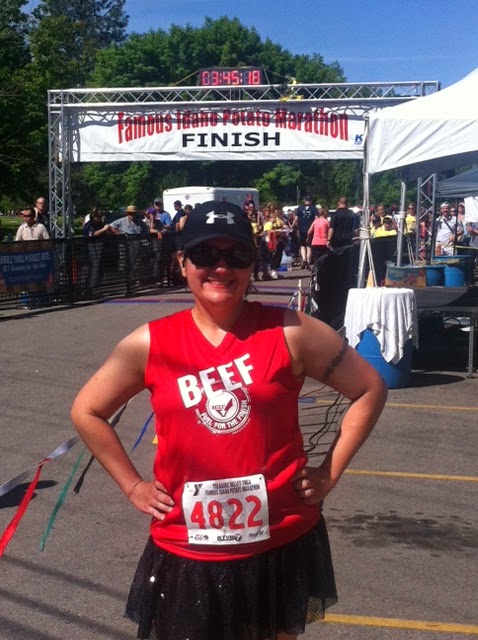 I didn't even hear it but I went and asked and I won a $5 gift certificate to Westside Drive in. Whoot Whoot! 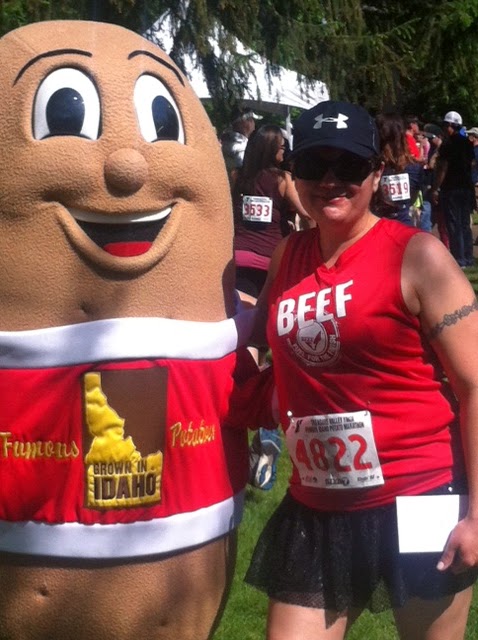 Posed with the Spuddy Buddy - with my swag in my hand. And went home and took a nap. Sometimes, it is nice to not go all out in a race and run it just like it is a normal day.

Did you race this weekend? Have you ever done a race where the timing was massively messed up?