I do enjoy this race. It is challenging, but the location is great. I have done this race the last 2 years, I did the half and the full marathons previously. I really wanted to redo my full this year but with this year not proving to be very good for long run training, I dropped down to the 5K.

I wasn't crazy about the weather. It was cool and drizzly and I was worried it was going to be like the weather last year. I was very cold and very wet and very miserable. But thankfully the drizzle stopped right before the race start.

Bib pickup was morning of. It was kind of a cluster eff. You could not see what line was what and it was a mess. I saw an S and hoped the line I picked had S. The volunteer I talked with said she couldn't find my name. Well, I transferred from the Full to the 5K. I know I am registered. Well, I must be on another list so go to that line over there. That line is the marathon line. I have to stand in line again?! Yes.

At this time, half marathoners were in a mad scramble to get their bibs before the race start- the race started waaay late. Like a half hour late. I got up to the front of the second line I had to stand in, and told this volunteer that I was told by that lady to stand here. This new lady went over to the first ladies paper and found my name immediately on the list. I was very annoyed. But I got my bib.

One thing that I did like about the previous years races is that there were normal potties to use. Not this time. Grumble.

So despite starting my pre-race with annoyance by the impending doom of rainy weather, an illiterate volunteer, having to use a porta-potty (did I mention the pottie was at a slope - so EVERY movement you made, it rocked! The fear of it tipping over while inside was very high!) the half marathon, the 10k and the 5k each started a half hour late.... my only other annoyance was so many walkers lined up at the front of the race. I'm not saying 1 or two people who may be newbs, but like 30 or more. 5Ks are hard because you have to start fast and attempt to finish faster. But since there are so many people crowded in such a small space, the weaving around all the walkers during the first mile, really grated on me. I mean, really.

Like I said, this isn't an easy course. You start with a hill and finish with a hill. At the turnaround, there is wine. I passed it up (shocker!) because I had a race to do. 5k's, I don't even grab water during so I don't have time for wine in the middle! 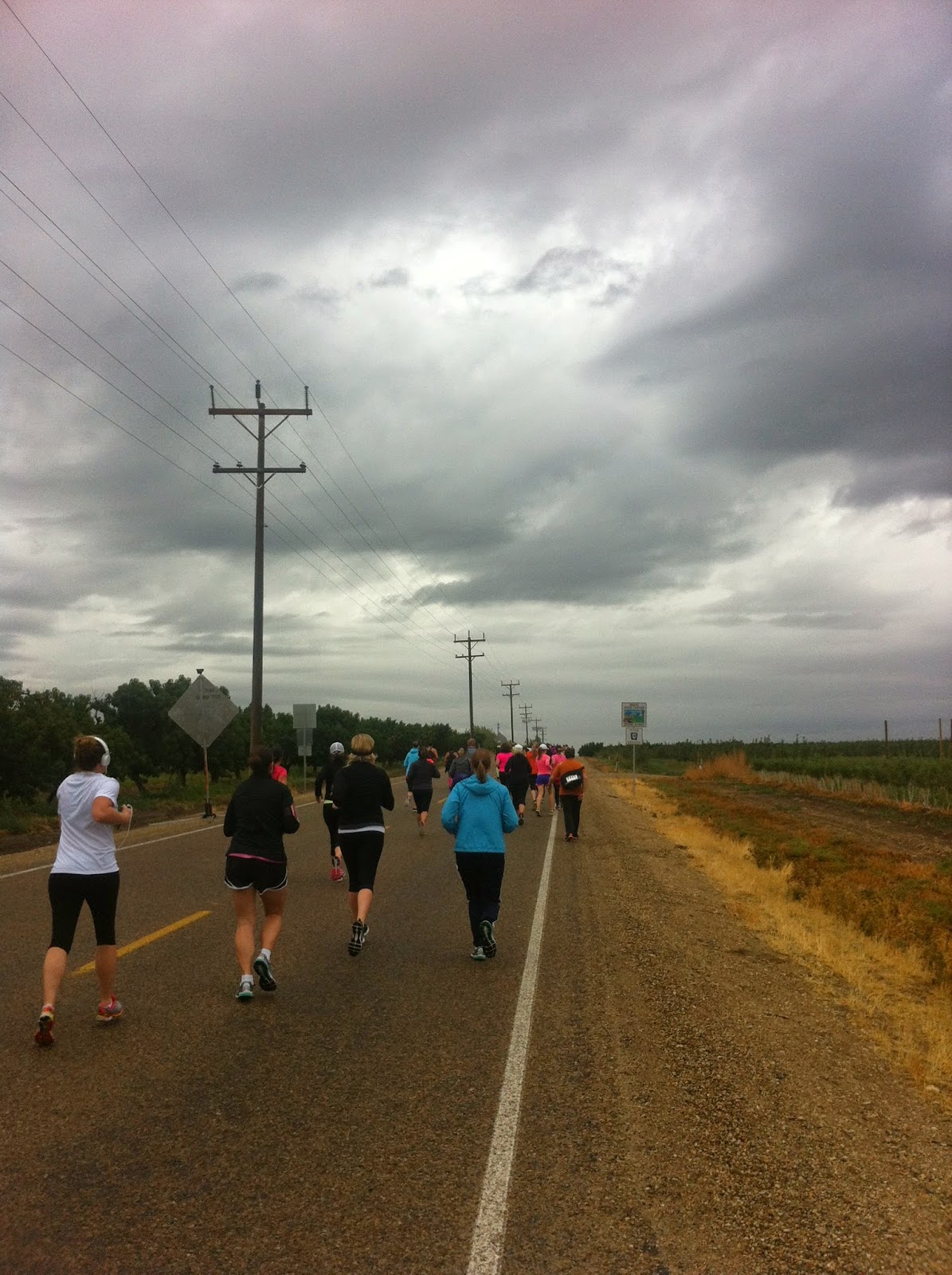 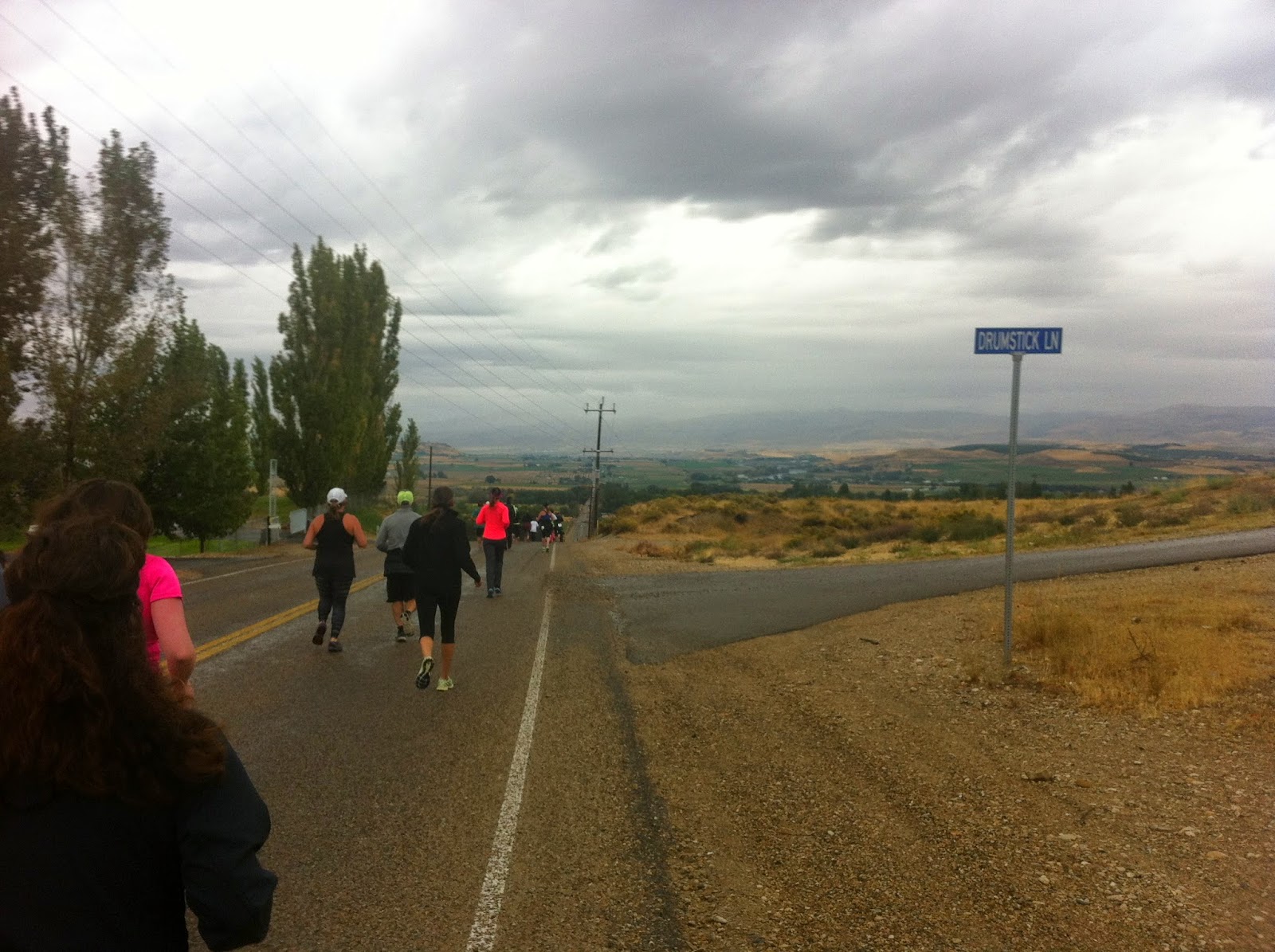 I really ran this a little too easy. I could tell after the top of the hill going to the finish line. I had a little too much left in the tank. So I dialed it up. A little at a time. I didn't sprint to the finish but I finished strong. 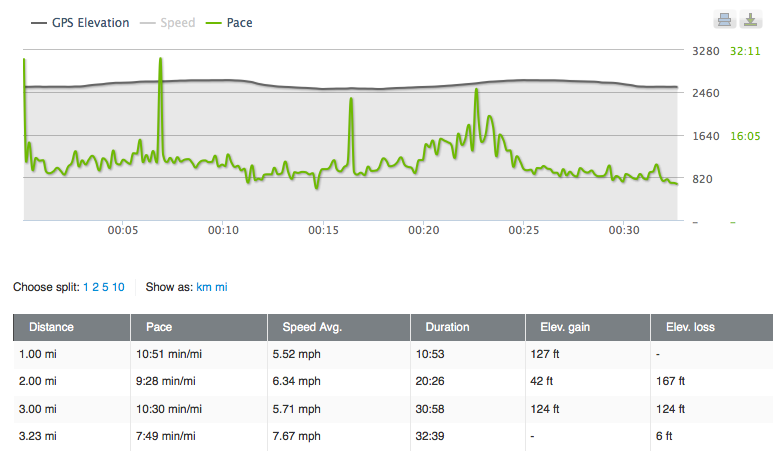 Ok, maybe a 7:49 is a sprint for me. But you can see the gradual speed up right at the end of my chart.

At the end, I was happy to get my freebie beer...

...And a few of the wine samples. I didn't do too many because I didn't want to get sloshed and stupid and go find that volunteer and give her a piece of my mind. I am trying to keep a handle on the whole drinking thing since it was getting out of control. So far, so good!

Will I do this race next year? I would still like to do it. Despite the headache of this years race, I still want to revenge my last years marathon!

Have you ever had a race where things just didn't go as smoothly as they should?