November 17, 2014
It's been a while since I have had a super good run where everything fell into place. This Veterans Day 5K went just as smooth as it should have!

I do appreciate our troops. I do support them. I lost a double purple hearted friend a few years ago due to the PTSD from fighting in Iraq through suicide. I know of the struggle he went through and I think about him often. I like to think that he would appreciate me still supporting his sacrifice. I posted more about that in this blog post here. 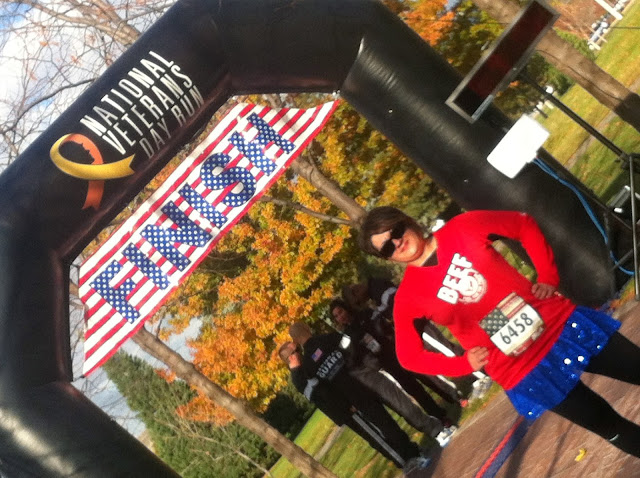 The bib pick up was hassle-free. I think I was given a Veterans bib instead of a non-vet bib. I got an awkward hug from a lady at the end of the race who thanked me. Hugs are nice and I enjoyed it but she wasn't sure if she should thank me but did anyway. Anyways...

The race started a little late. 10-15 minutes or so for whatever reason. The color guard came out and did their thing during the national anthem. 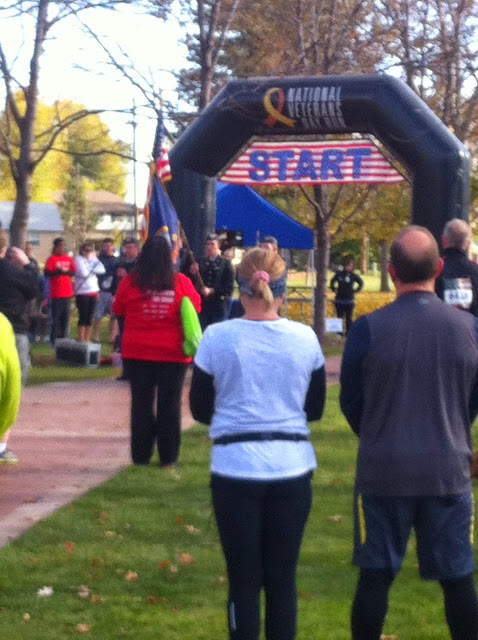 There was an 11K and a 5K. The 11K was suppose to start at 3:11 and the 5K right after that. For whatever reason was the delay, both distances started together. That was fine. Of course there were some walkers lined up at the start. I started near the back against the BFs nagging. Note to self - if you see people you KNOW are gonna walk start in front, get up there in front of them! 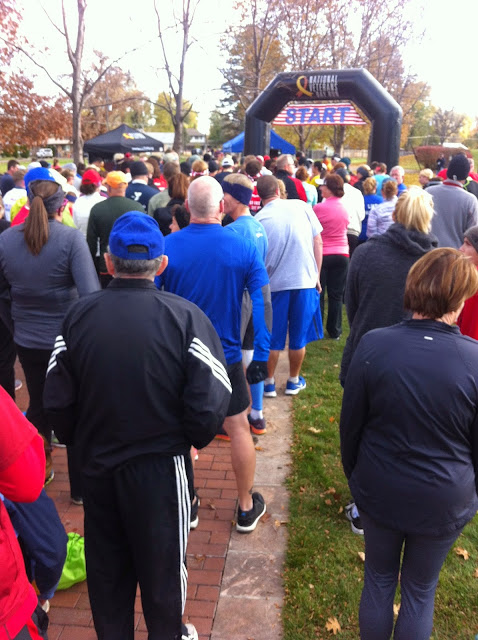 The weather was cooling down fast and the wind was feeling icy. Once I passed the start of the race bottleneck, I settled into a comfortable pace. I was breathing heavy but not OMG I have to slow down or puke heavy breathing. I kept picking off people in front of me and I had it in my head who I was going to keep from passing me. I felt good. I didn't look around at the scenery, which made me sad because I love the Boise Greenbelt scenery at this time of year! I was focused on placing!

Since the 5K'ers and the 11K'ers started together, you didn't know who was running what. I found a pace with a girl who I wanted to pass. Thankfully at the 5K turnaround she was able to keep going so I didn't have to keep thinking about her.

Before I got to the turnaround, there were leaders of the race already well ahead of me coming back. I was able to count the girls. I thought I counted myself as 10th female but I think there were some shaggy haired boys I counted as girls as I only passed one other female on the way back to the finish.

I was less then a mile back and an older guy who was struggling asked me how much was left. I looked at my phone and said we just passed 2.3mile. I was feeling good and was ready to reel in the 2 ladies that were ahead of him. I didn't think I really had it in my legs. I was feeling insecure about my leggies because of how much I have been struggling this whole year of running. But I wanted to reel them in.

I got up to them and had a little energy to pass the first lady. I got up to the other girl and thought she was running really easy. I was matching her pace and noticing her breathing was not even heavy!
The finish line was in sight and I was starting to push up the pace. I felt her look at me and just kick it into hyper drive. I felt like I was holding back, really holding back because I didn't want to kick it and not be able to hold it to the finish. I was afraid of fizzling!

Despite holding back I was proud that this race turned out SO MUCH better then the race I had in Twin Falls. Give me cold temps over wind any day! 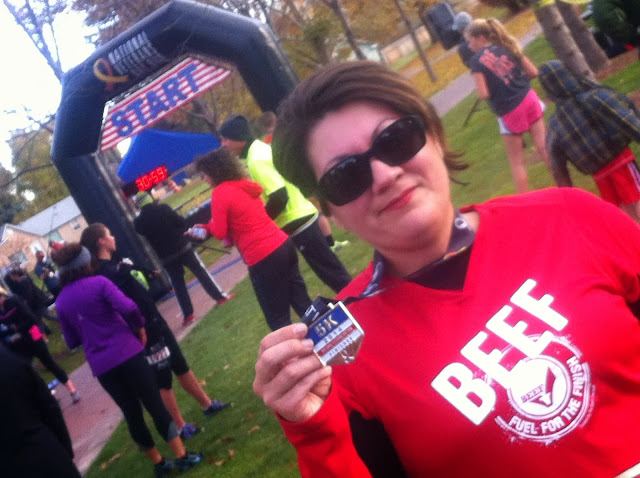 They had such nice finisher medals at the end! The 11K'ers got the same medal but it was larger. And it said 11K. 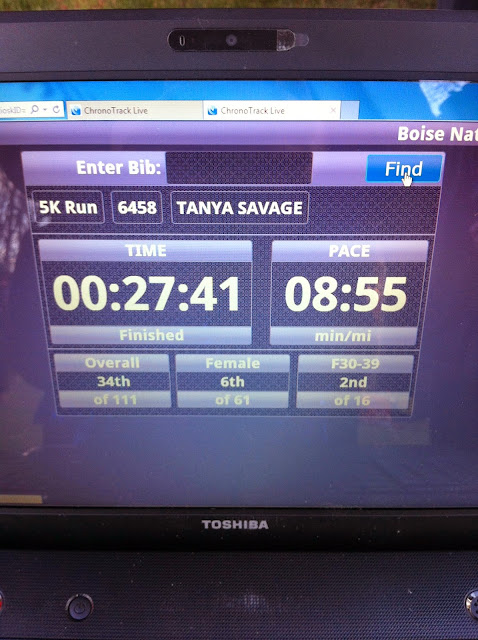 The results! I was 6th female! I thought I counted 10 before me but like I said, I must of thought of some long haired boys as girls!

The Age Groupers got Red, White, and Blue dog tags! So very cool! I think first was red and 3rd was white. I got blue!


The finisher bling was the nicest I have received in a LONG time. Even though this race started late, the awards were late, it was cold, and the announcer wasn't as chatty as he could have been, I still thought it was nice and well put together. I recommend this race if it is in a city near you!

Did you run for Vets? Are you a Vet?