November 14, 2014
I have been very unhappy running since my move from Boise this summer. All of my runs have always felt tough and lots of work. I think I have had one really good run where I was able to zone out and shut off my brain for a bit.

I have been spoiled with running in Boise because the greenbelt was at my front door. It was safe, there was no vehicle traffic and I could go for miles and miles and miles.

With running in a small farming town, I am lucky to find a sidewalk here! I have a middle school gravel track across the street from my house, but with school in session, the time I can run there is limited. If I choose to run out my front door, if I choose to go right, it becomes farm land and the speed limit becomes 50 MPH. If I go left, I have sidewalk through town, but its only 3 miles until I hit the freeway. It then turns to farmland an a 50MPH road. The drivers everywhere here are not used to pedestrians and every run has had a close call so far this summer. (What's funny is that its mostly women drivers that wanna plow me over, but that is another blog post)

I have 2 options I have found for local running groups, but I am not ready to venture to that point yet.

I decided to explore one Twin Falls trail near the canyon. It's part of where I had my Rim To Rim race a few weeks ago. There is a section of trail near one of my new favorite restaurants. The BF & I had lunch and I set off to do about 7-8 miles after.


We had to take a detour where the trail washed out from the heavy rains earlier in the summer. 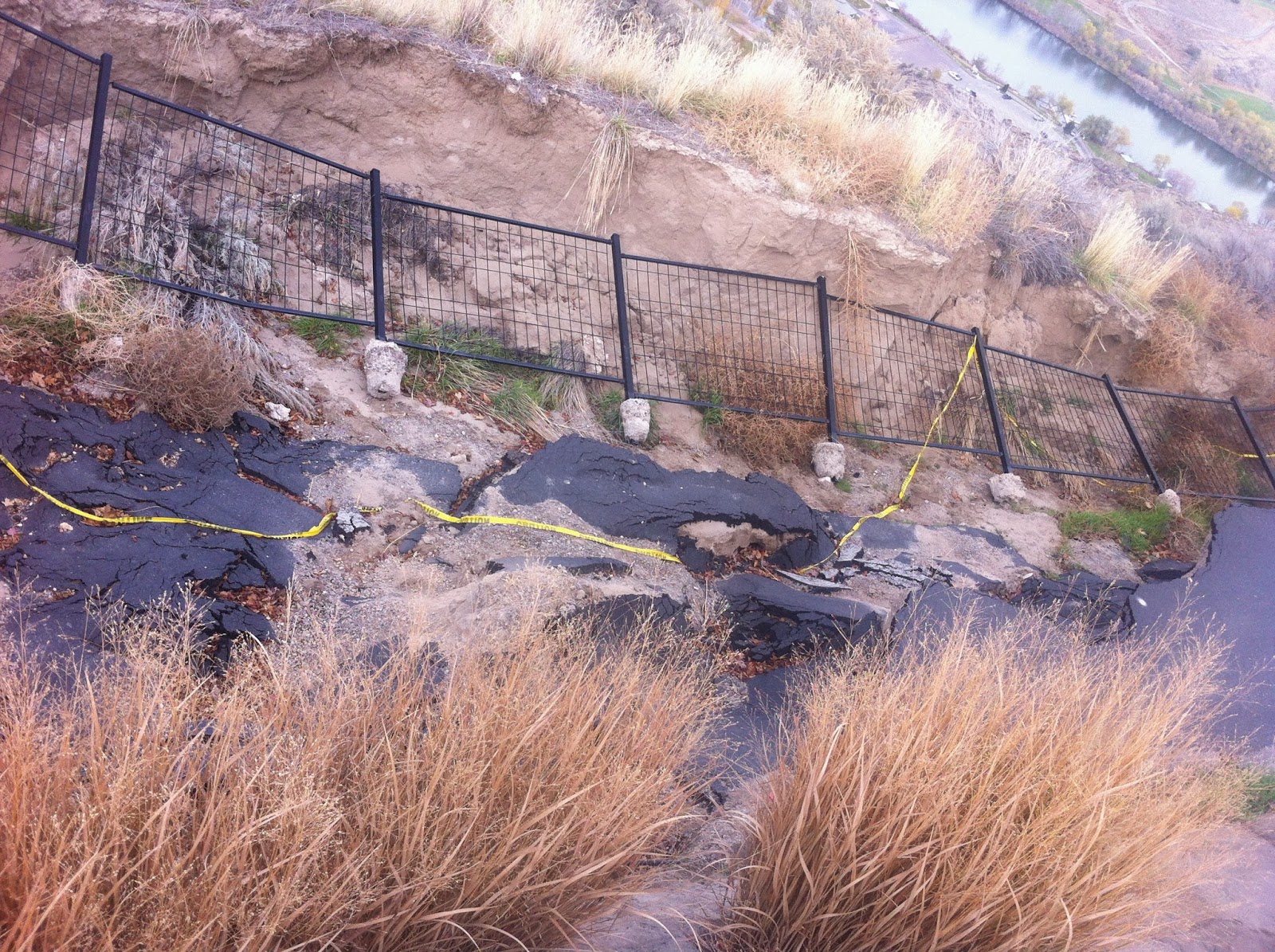 I hope the engineer was fired for this. 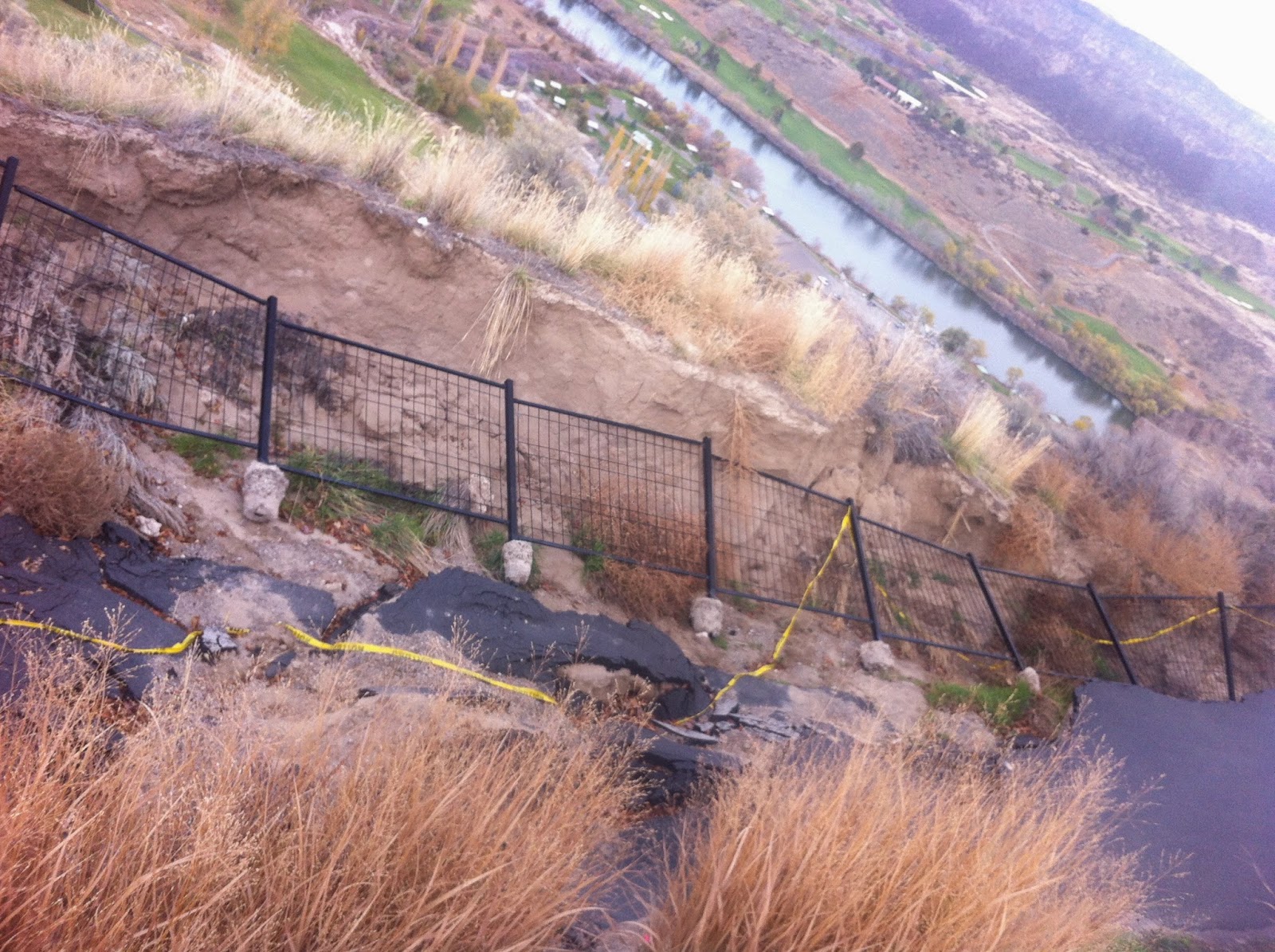 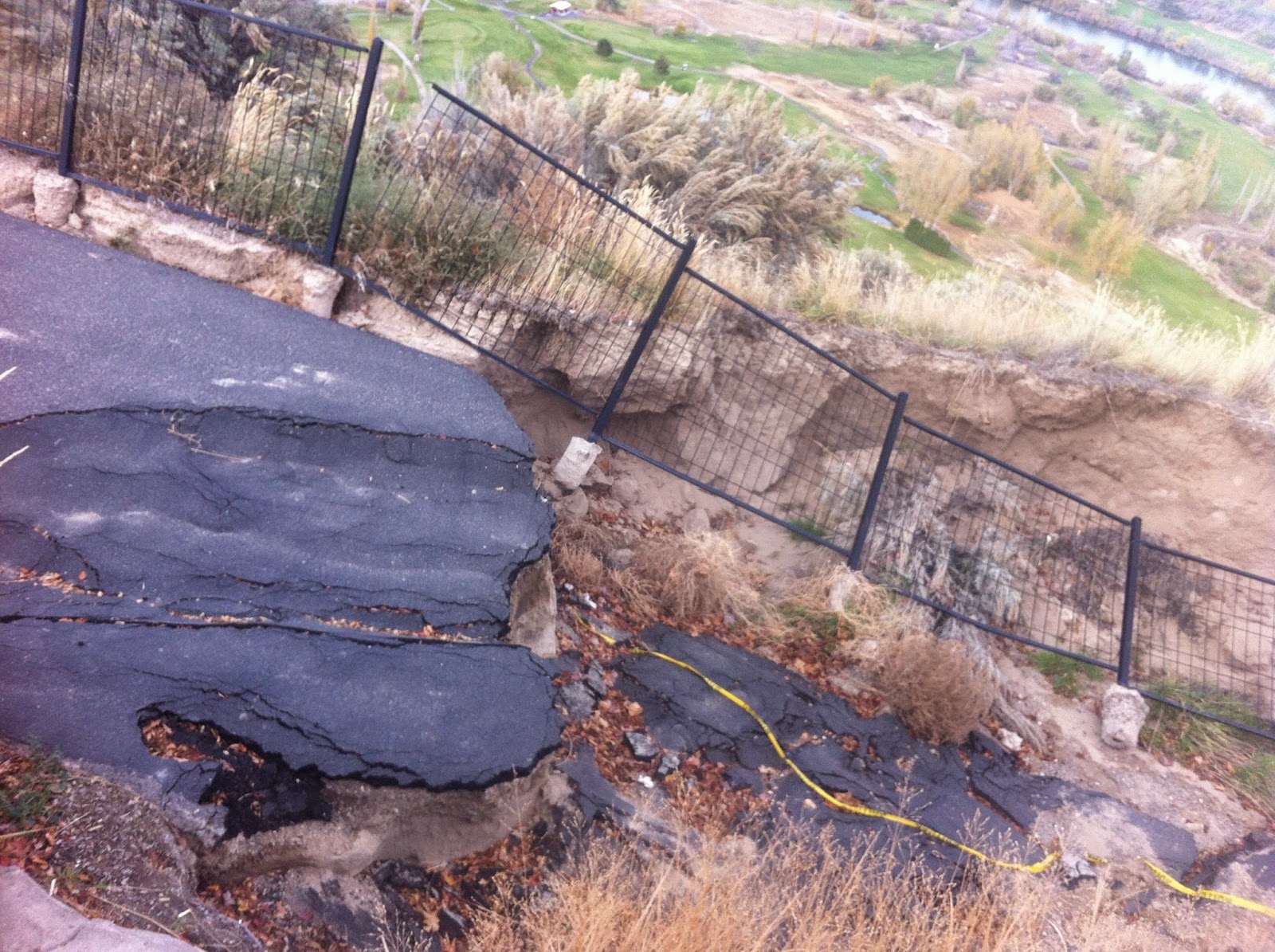 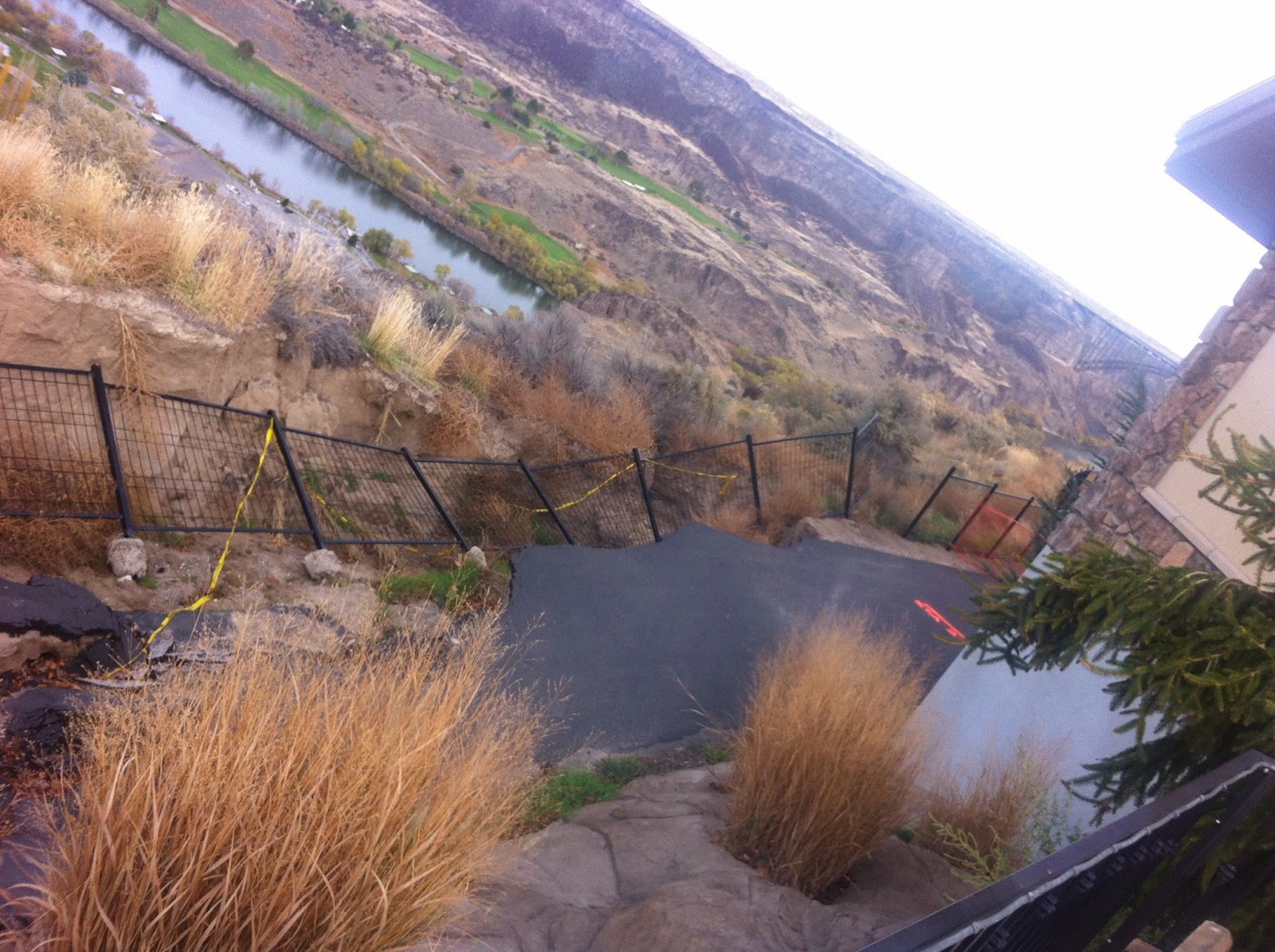 It was annoying but we hit a dead end on the trail. The beer can was empty. We found it and are gonna recycle it. 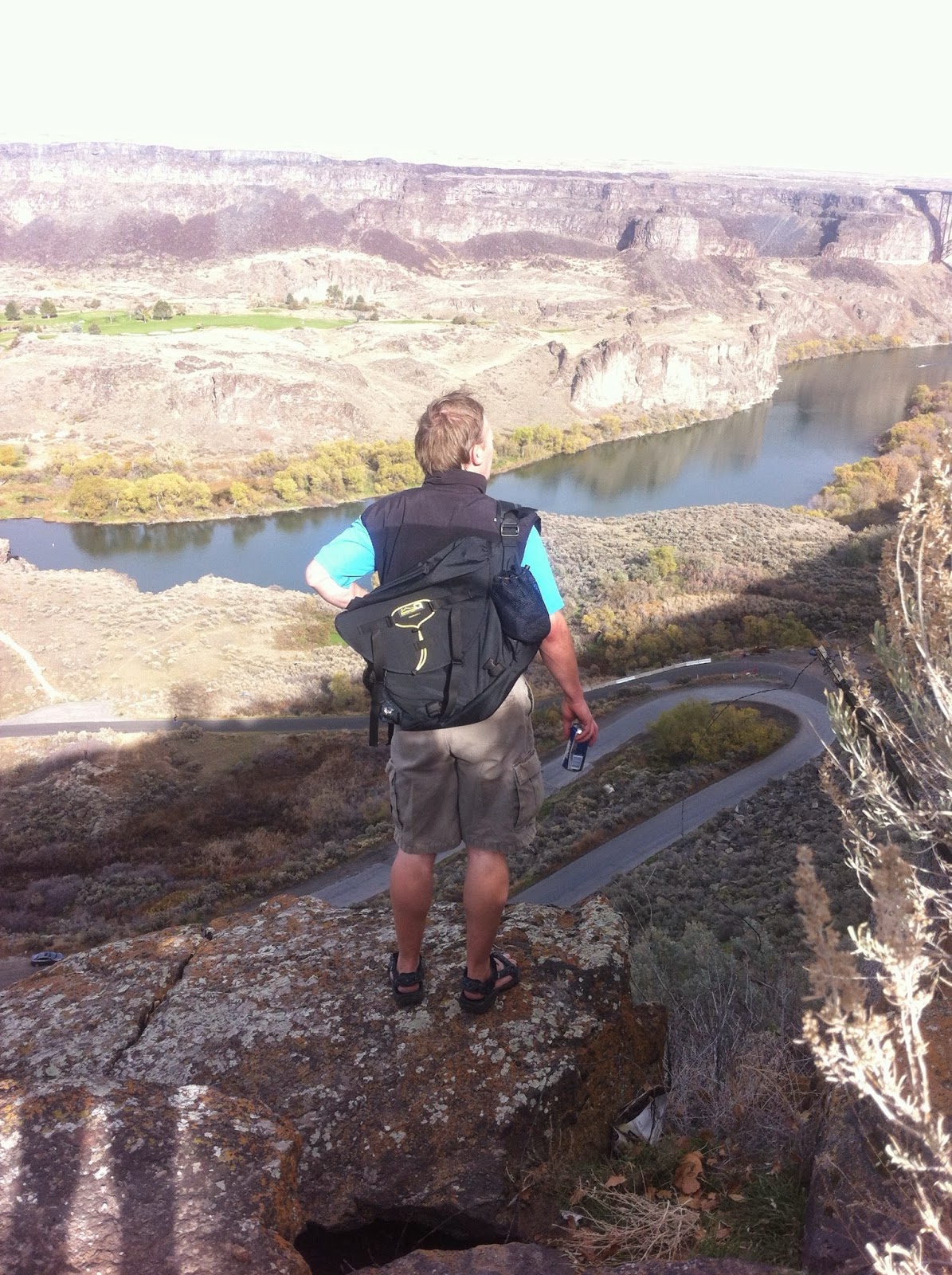 Its a long way down. 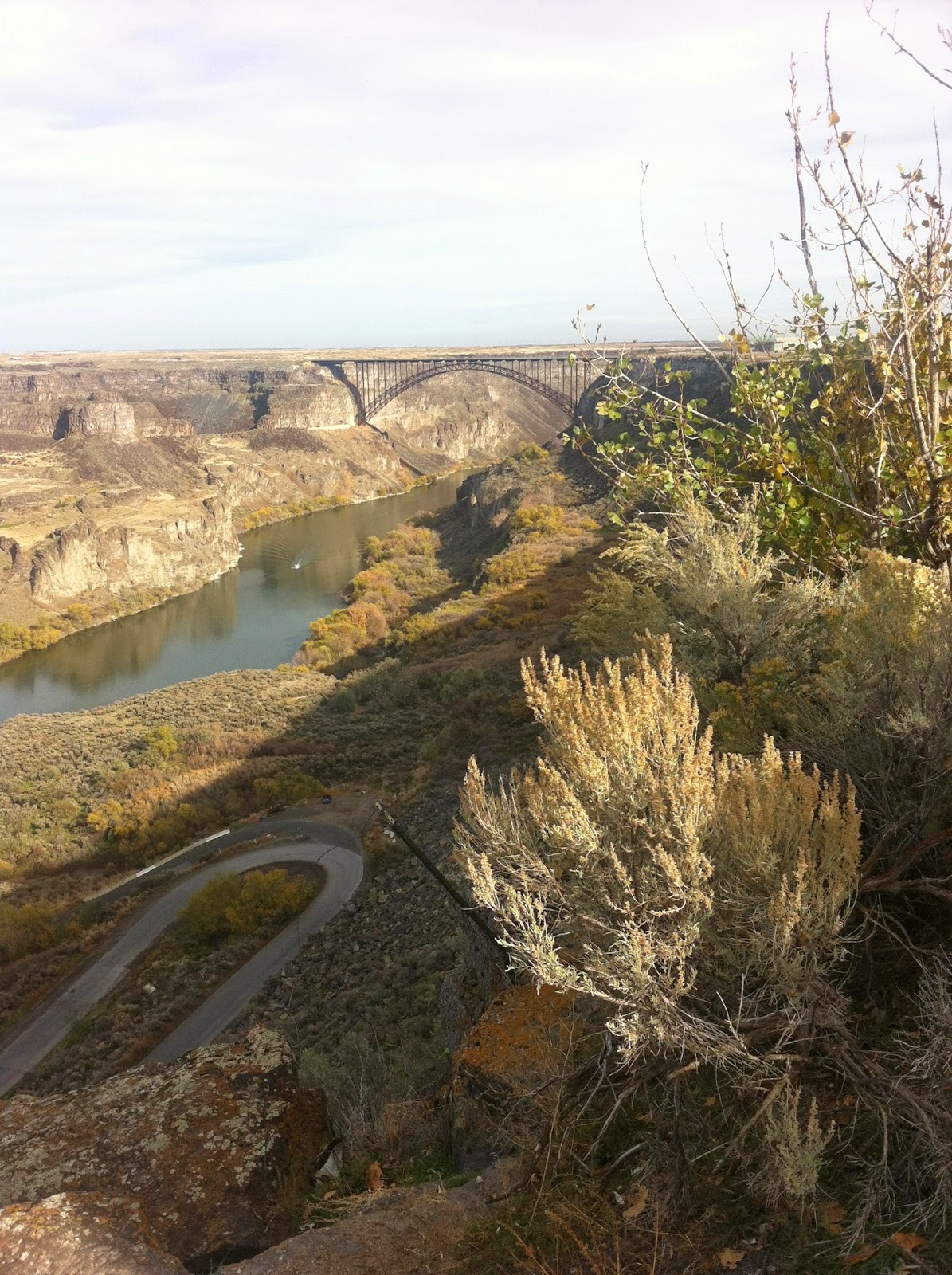 The view is nice. 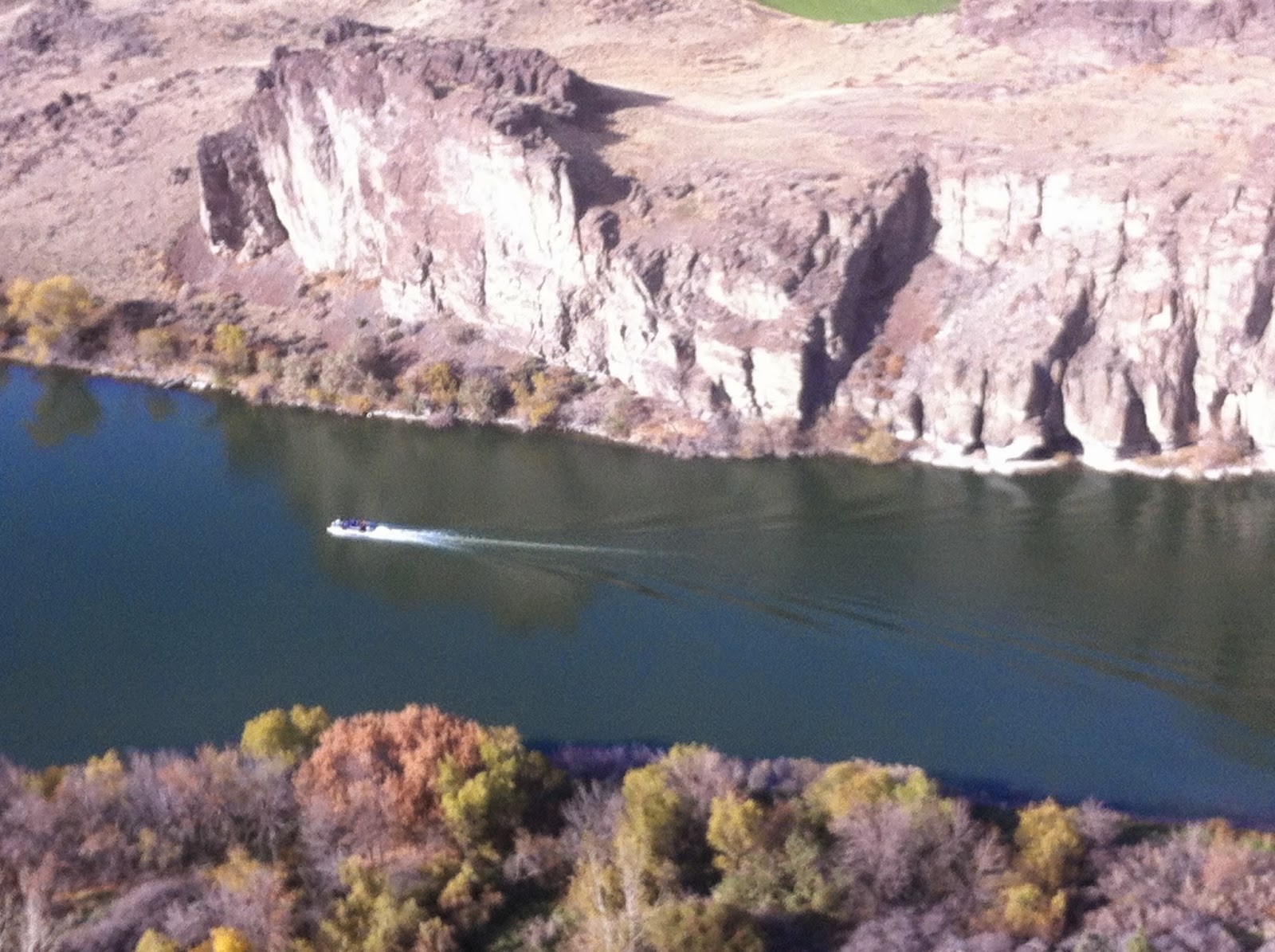 We found our way, cutting through a field and the parking lot of an apartment complex, to the Centennial Waterfront Park.  I know there is some sort of trail and I think going up and down the 10% grade of the canyon would be a good hill workout for me.

I decided to explore part of this Mogensen Trail. It looked nice at the start. And it said TRAIL. That is what I wanted to see! 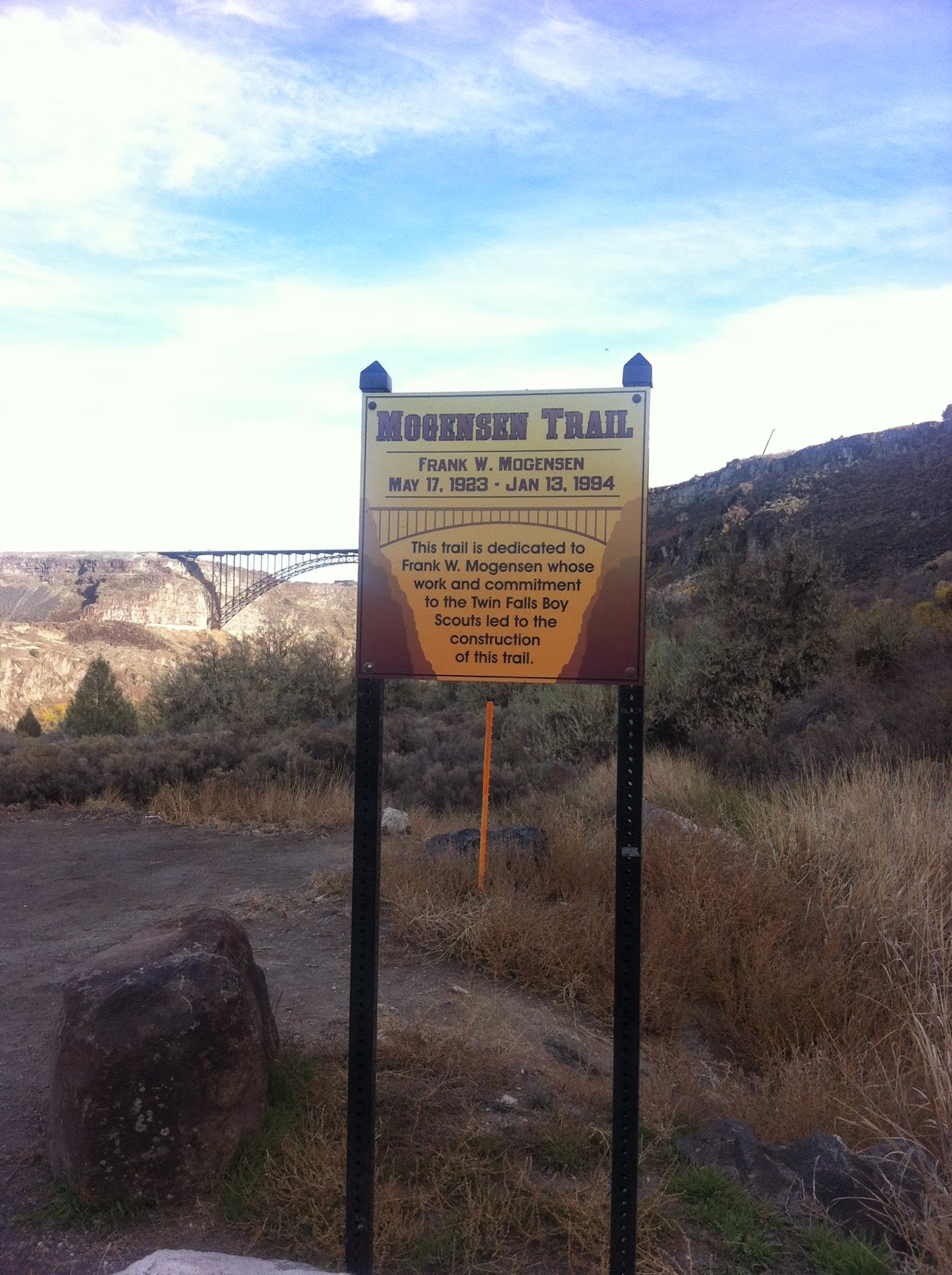 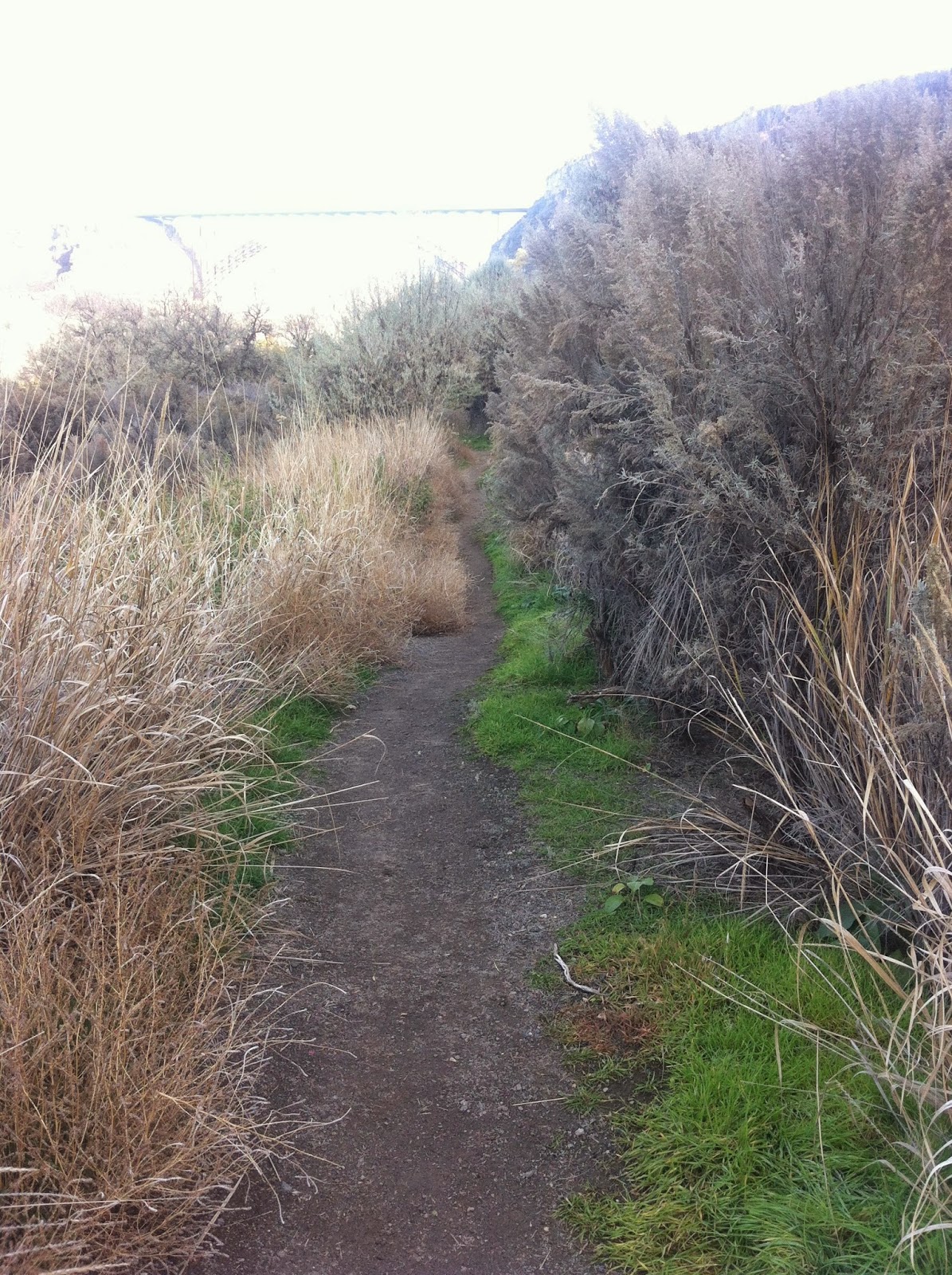 Crap. Not good. I got stuck in the mud when I tried to cross. My shoes were stuck and sinking and not moving forward as my body was moving. I almost fell a few times! The erosion from other users is really bad. 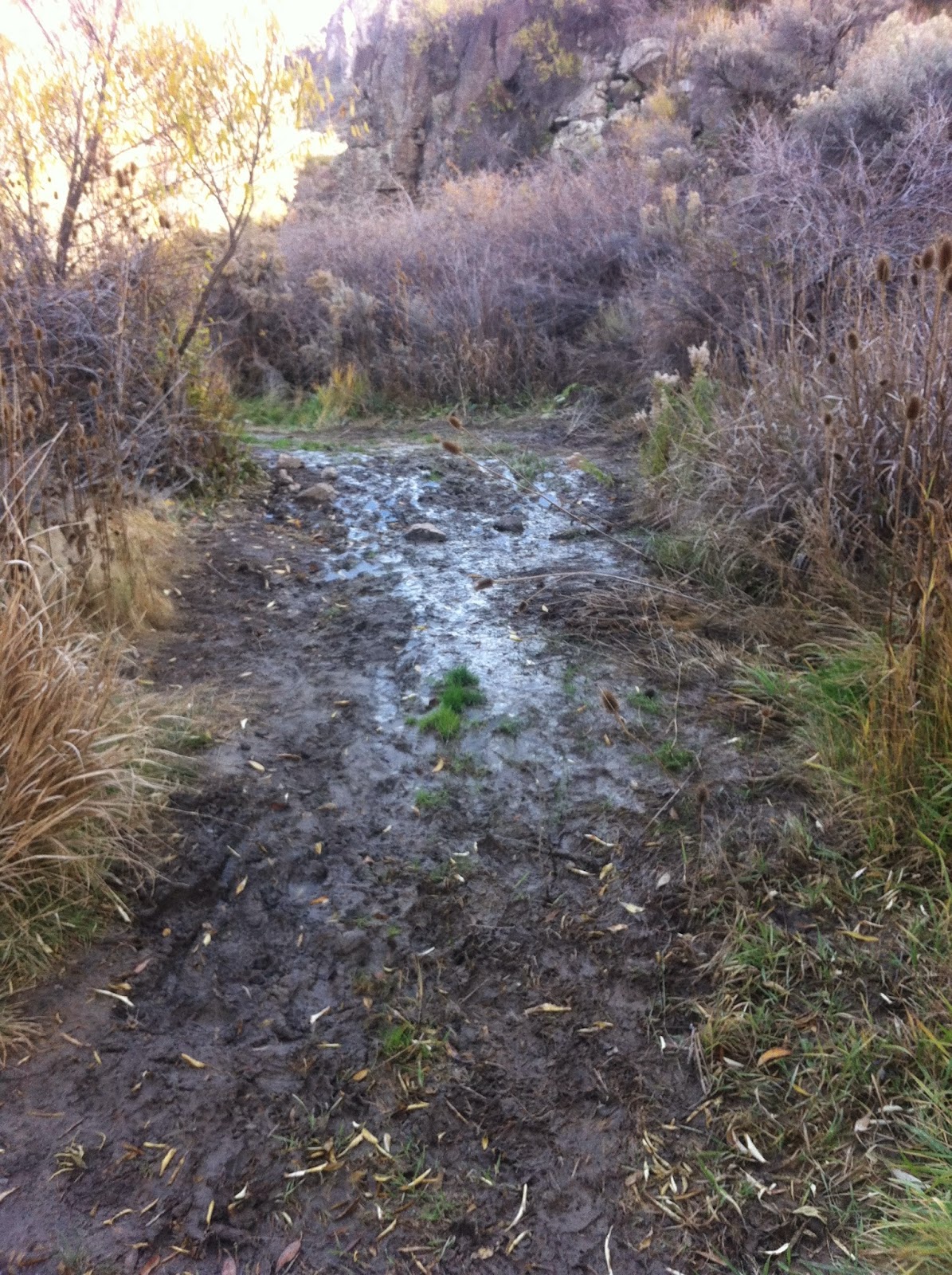 I made it through and came to this steep section. 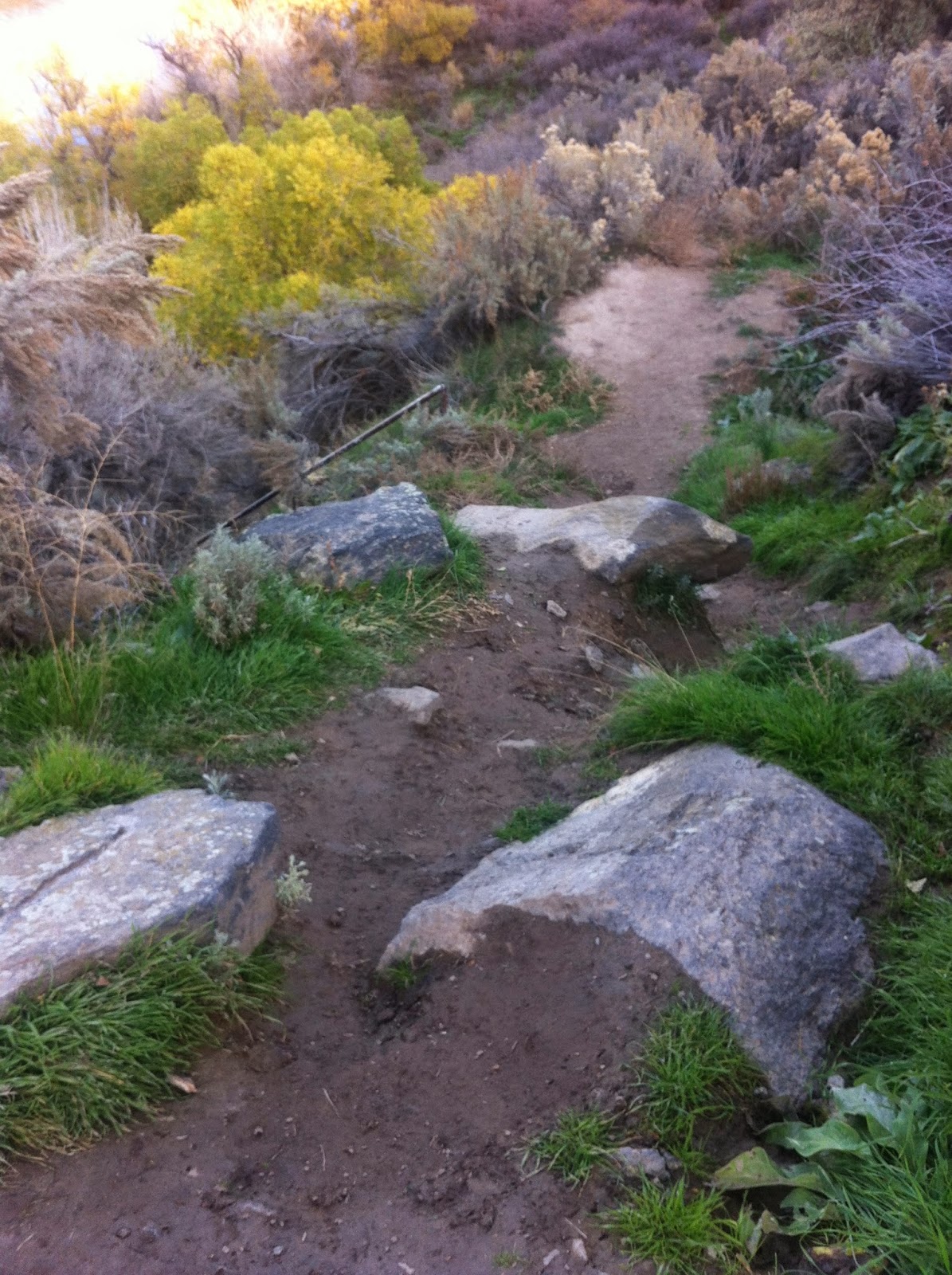 And then there were some random stairs. Cool, but scary at the same time, too! The view looking up. A little steep! 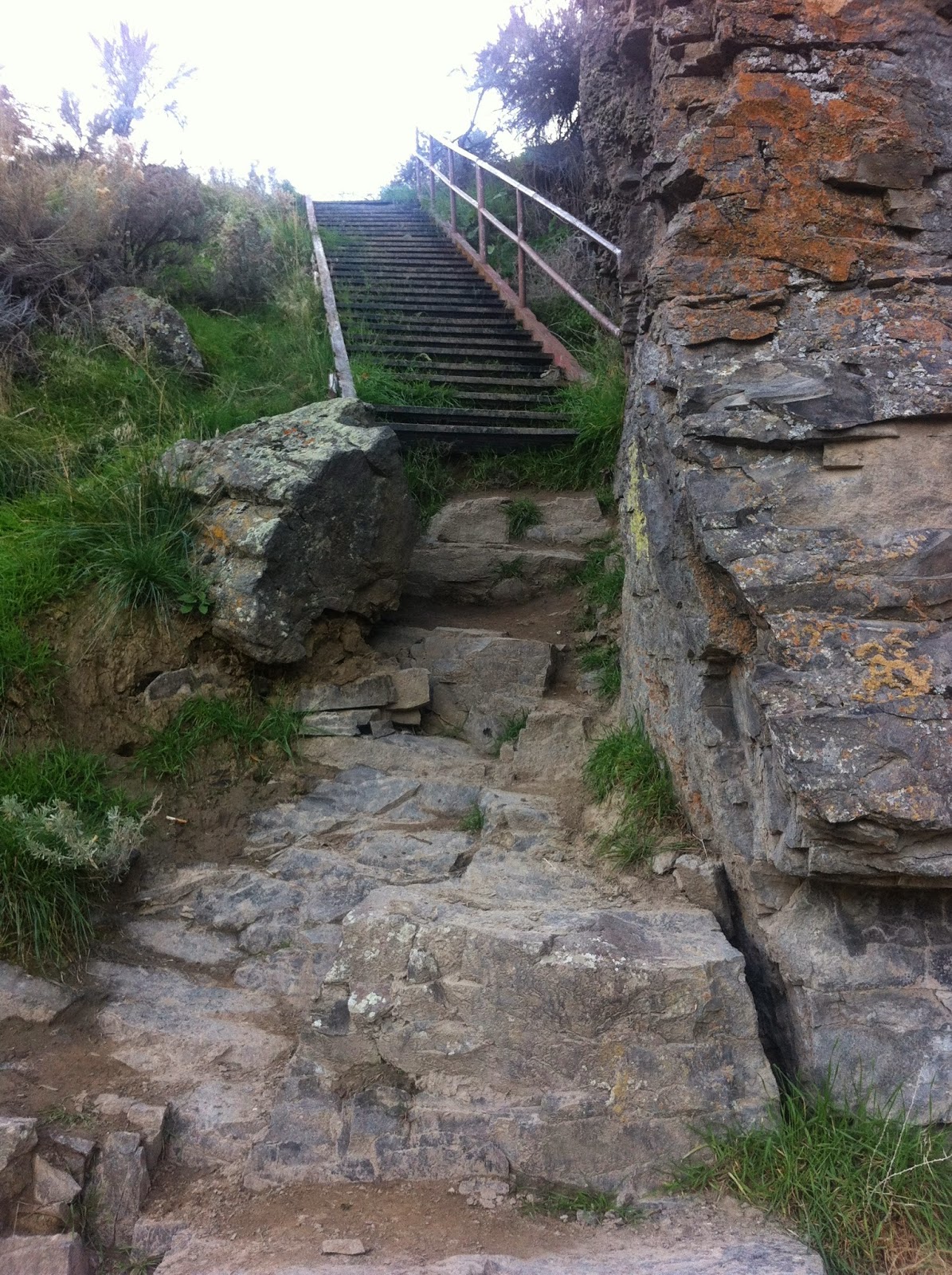 A water crossing. People put some rocks down to cross, but they were wobbly and slick. 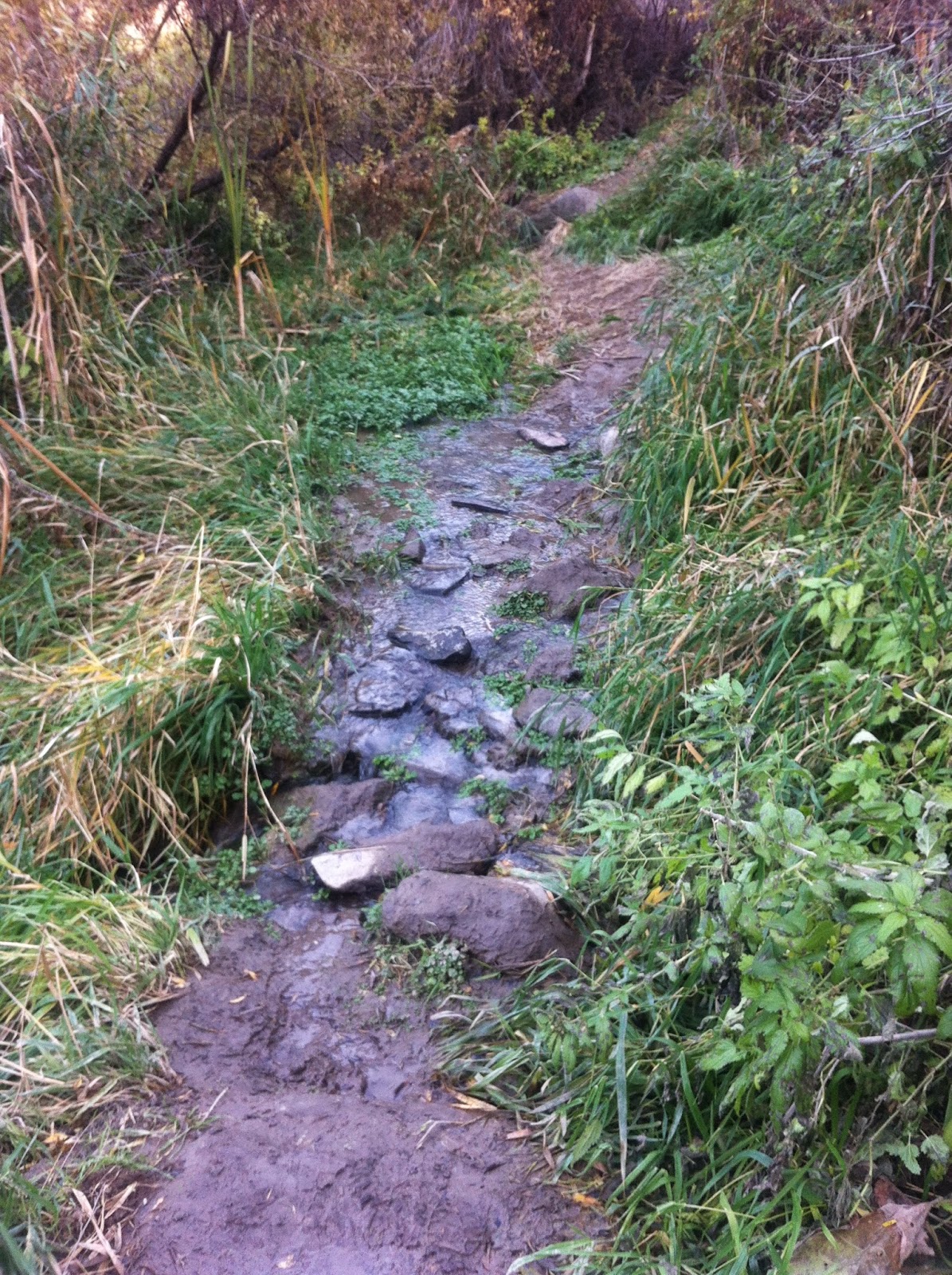 And then there was this. That's about 3' down. I decided to turn around and go back. I didn't make it very far. 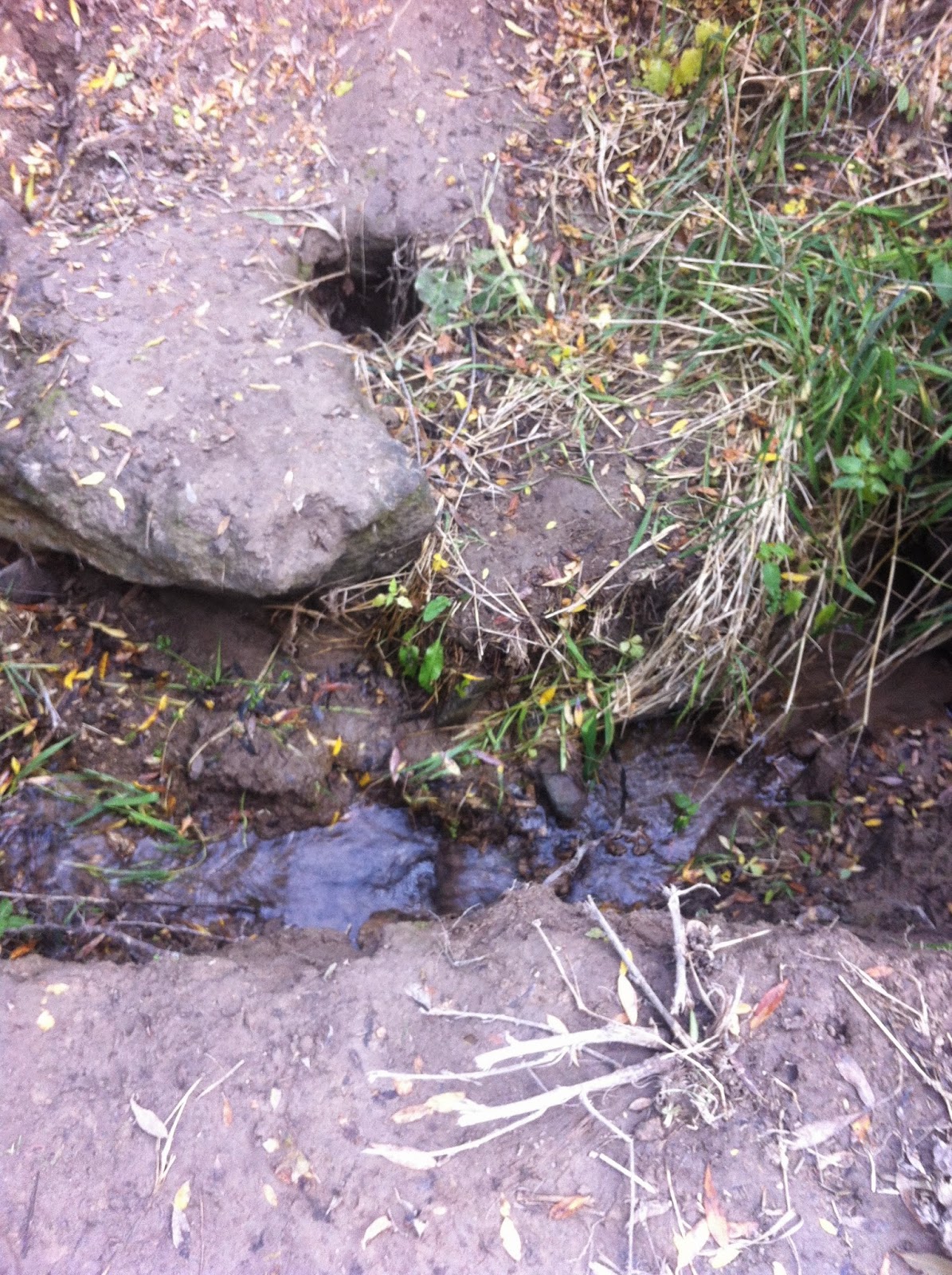 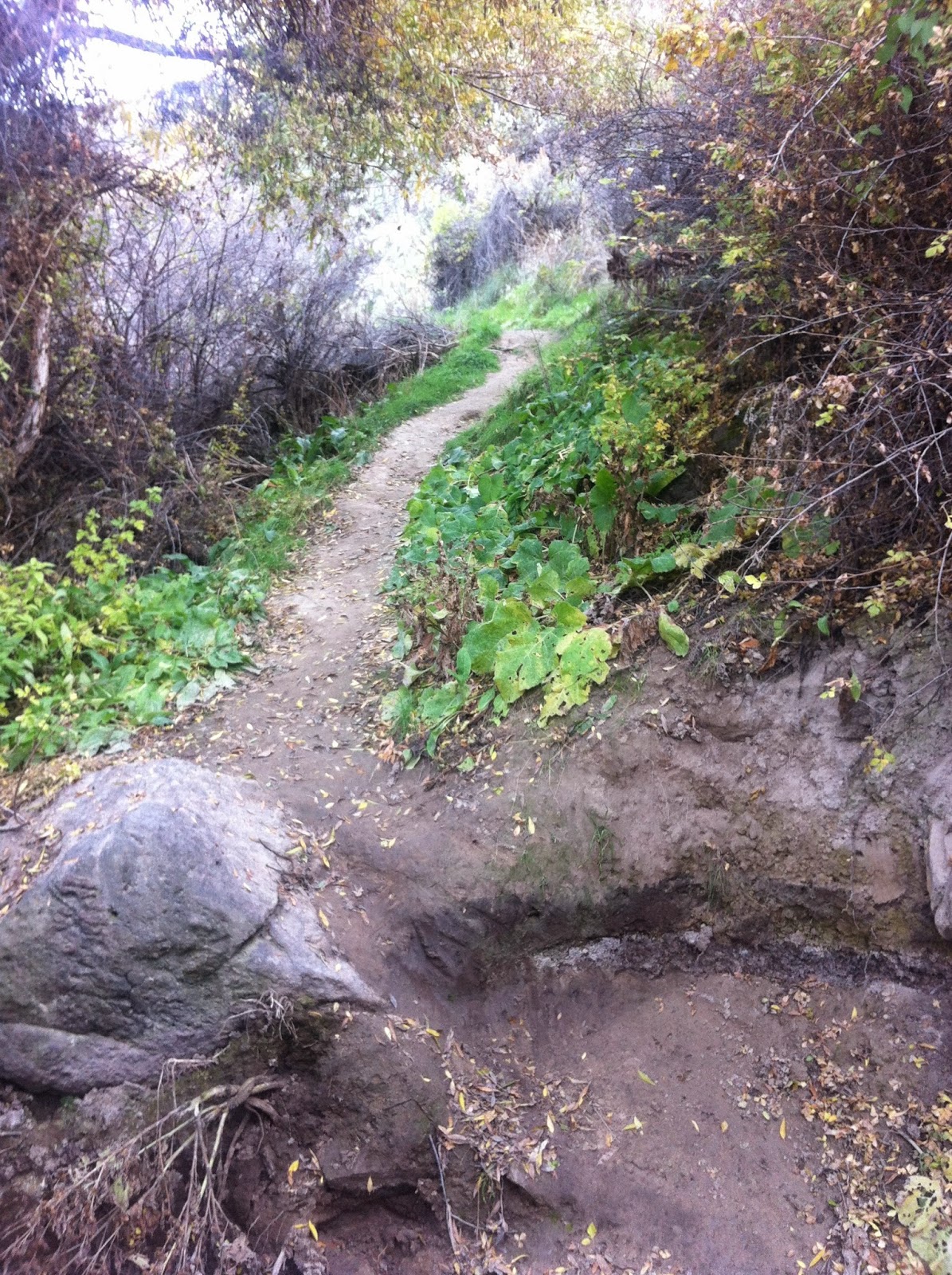 I found this little guy on the way back. 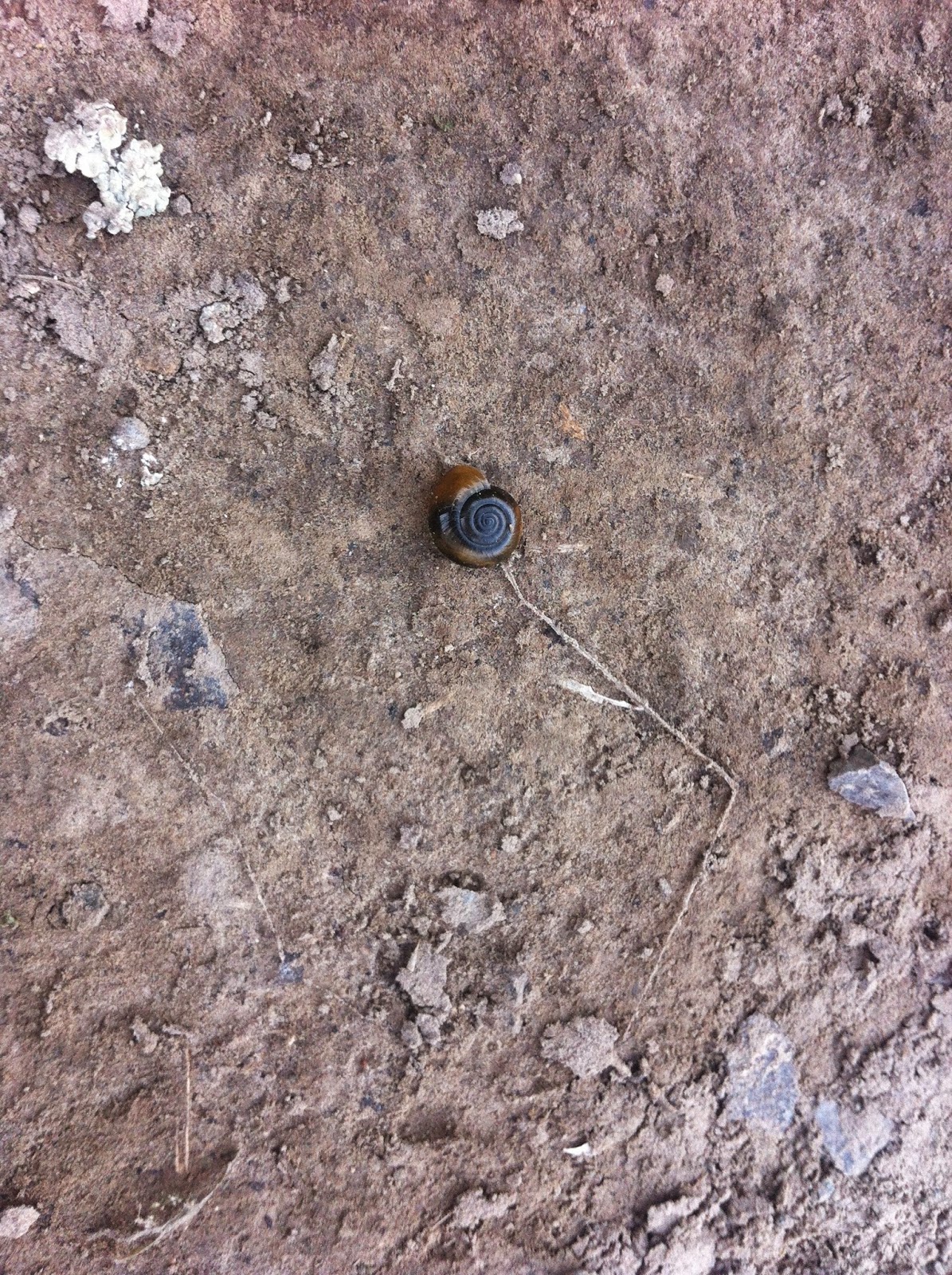 The view was quite nice. 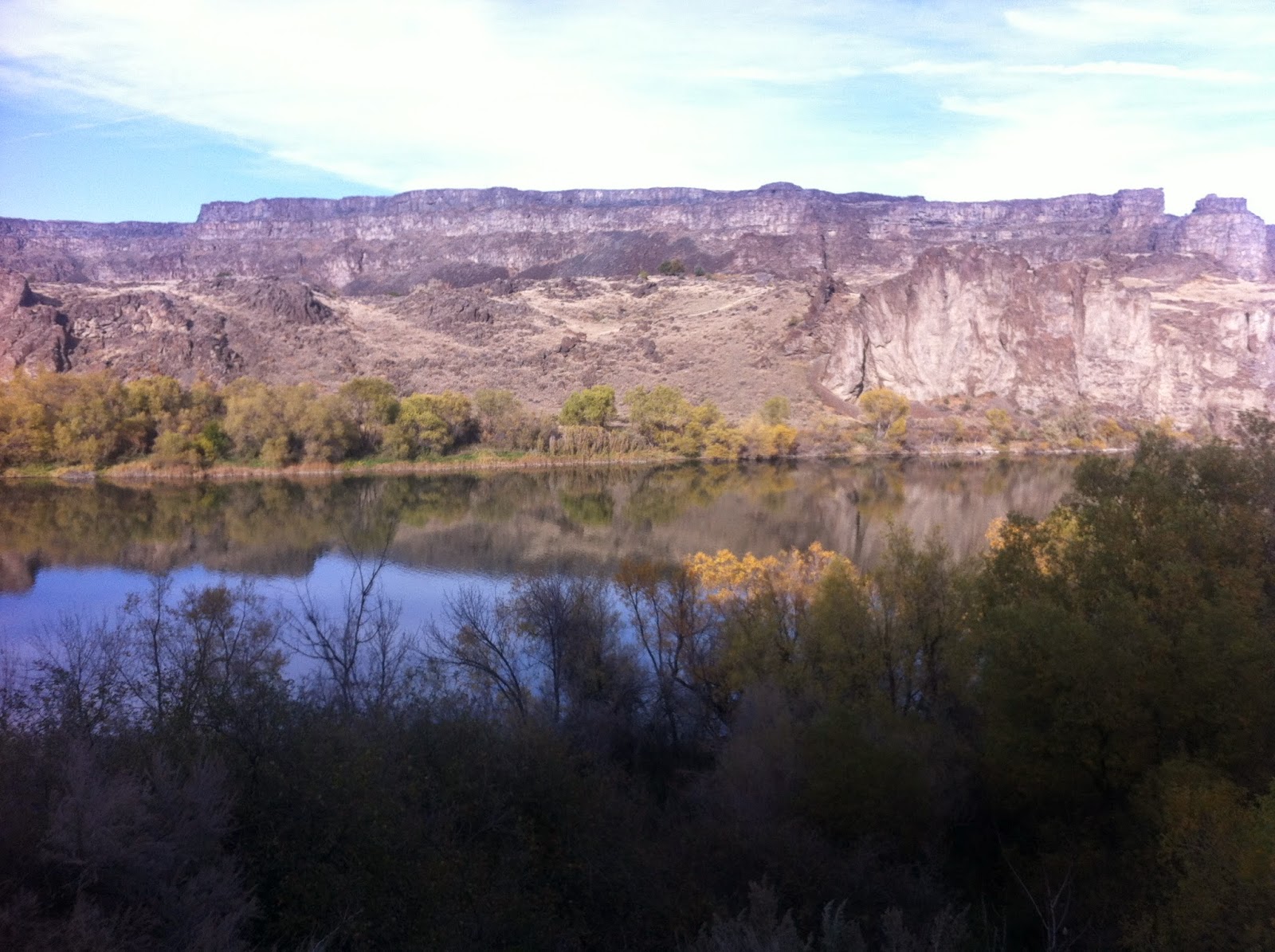 I found a porcupine crouched down on the ground behind the tree there. Scary! 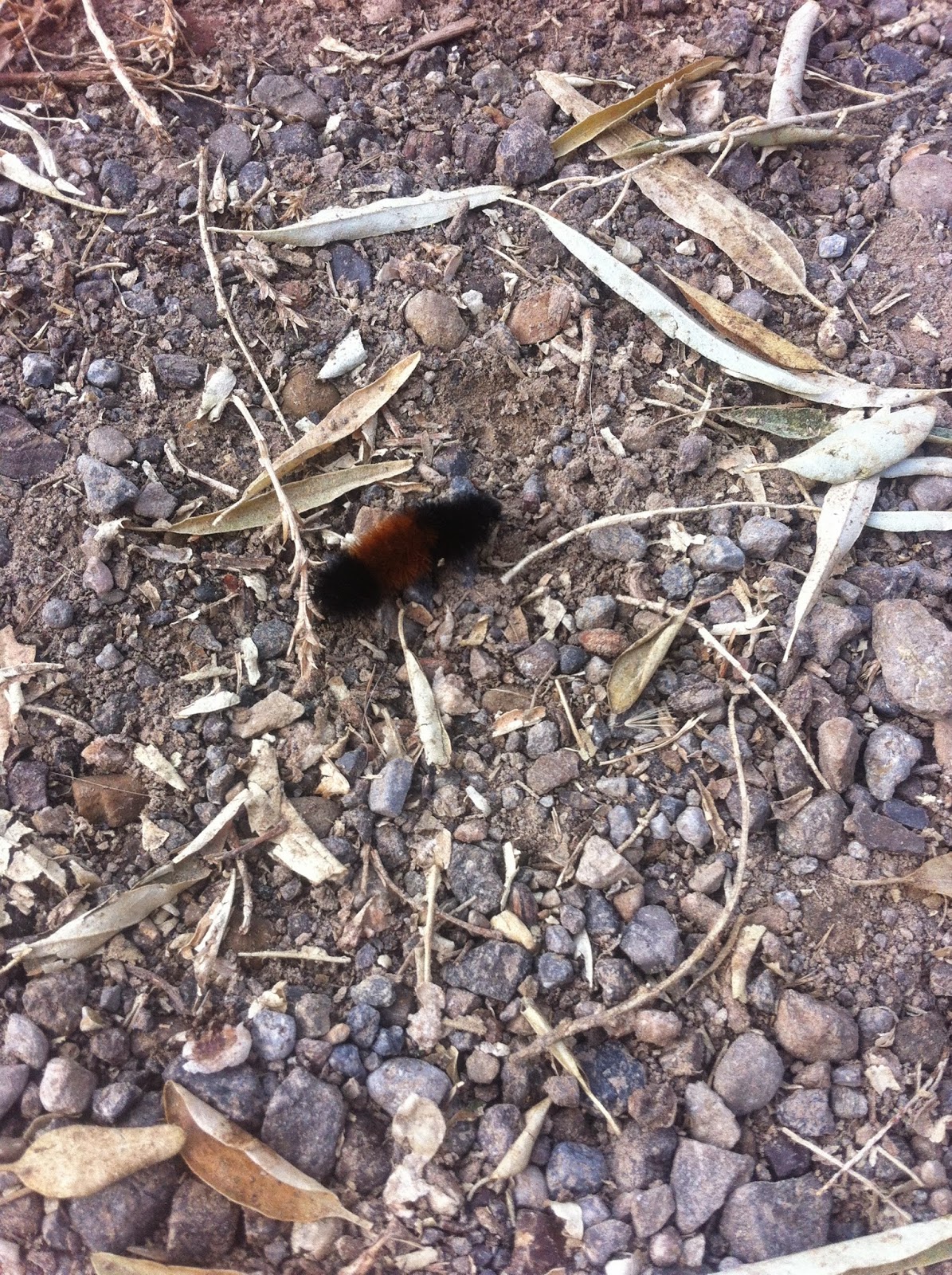 I decided to look at another trail looking thing nearby. 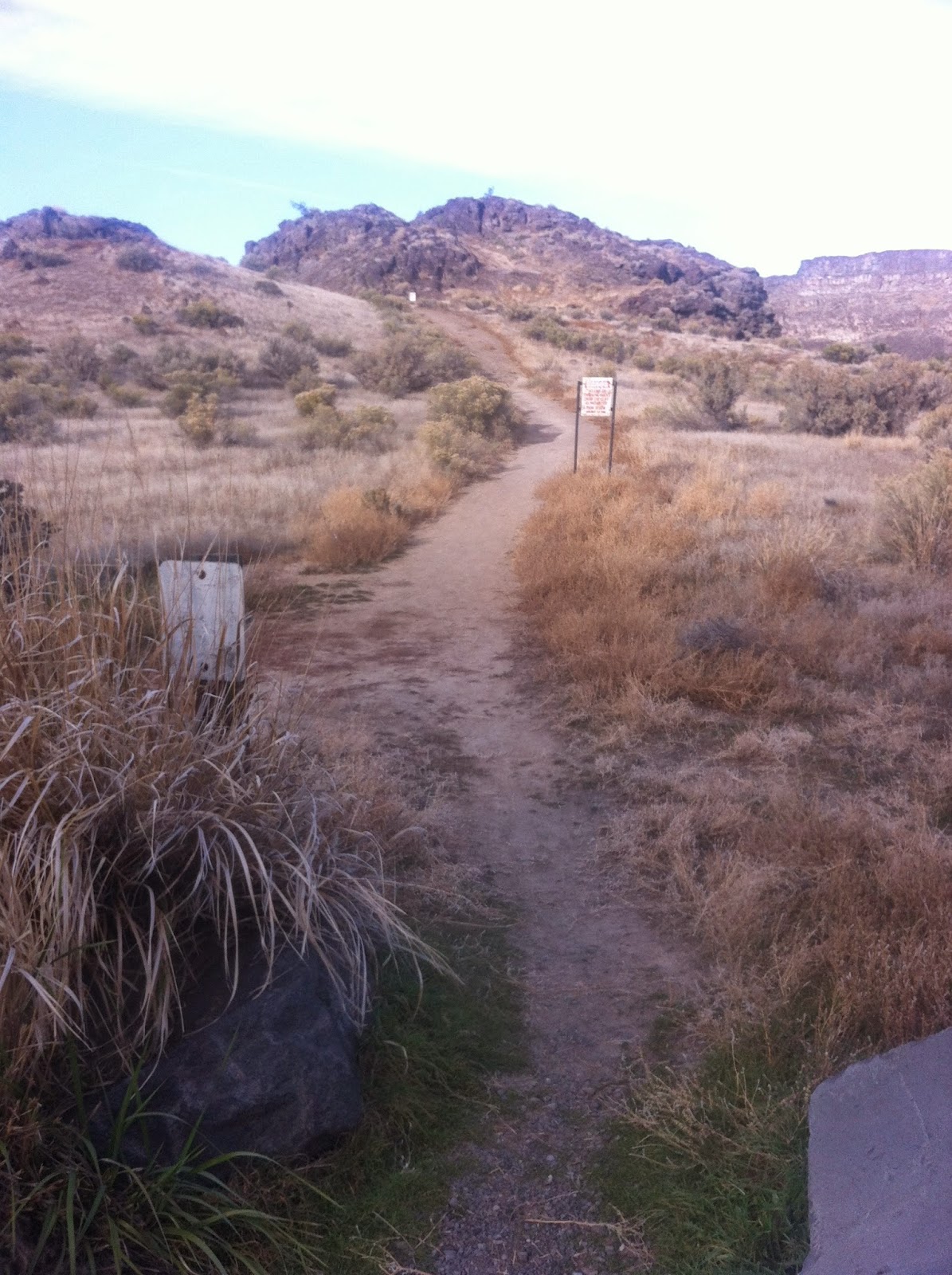 Climbing to the top of that hill shows you a view of the park! 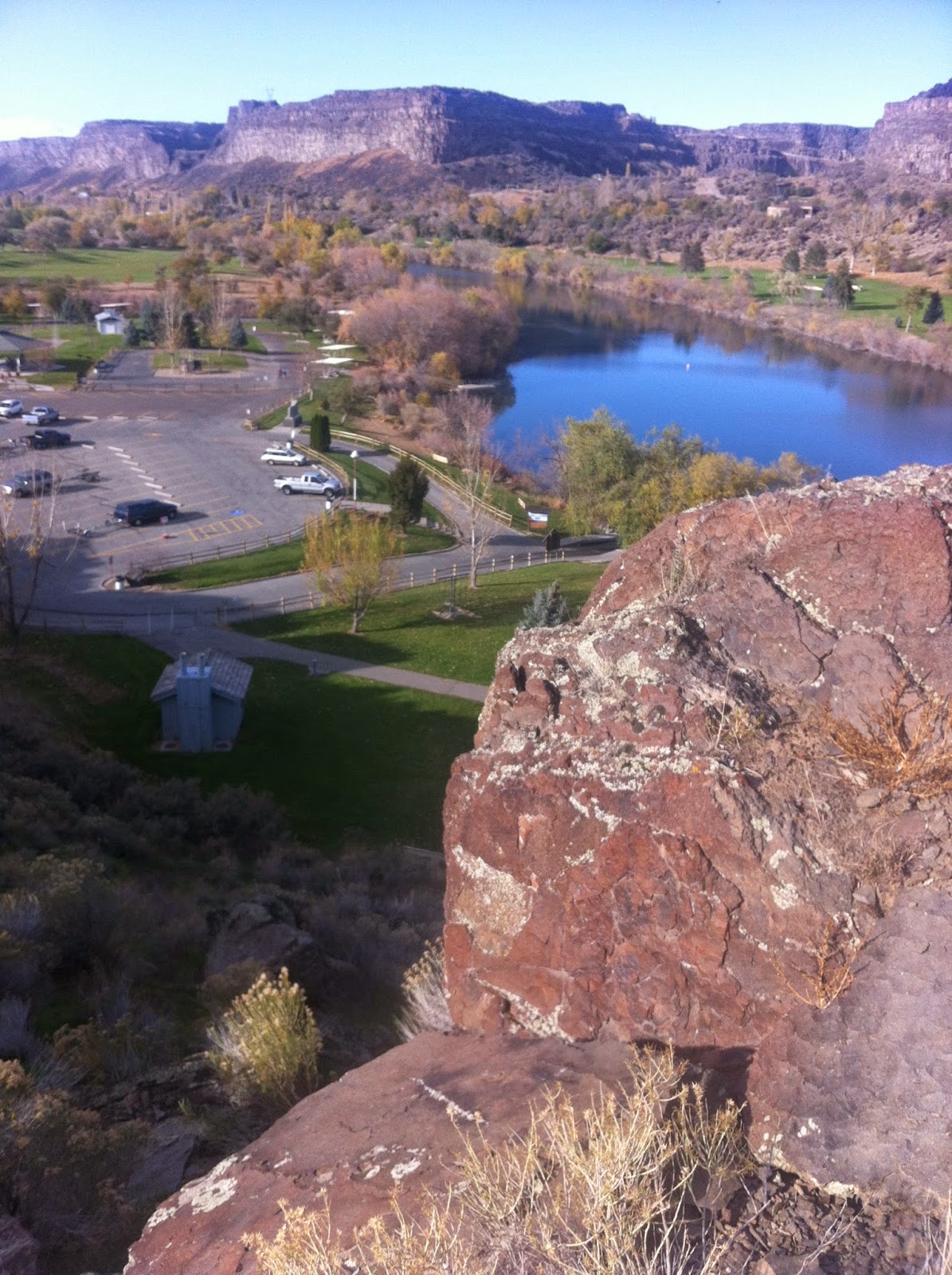 I don't think this gets any more picturesque! 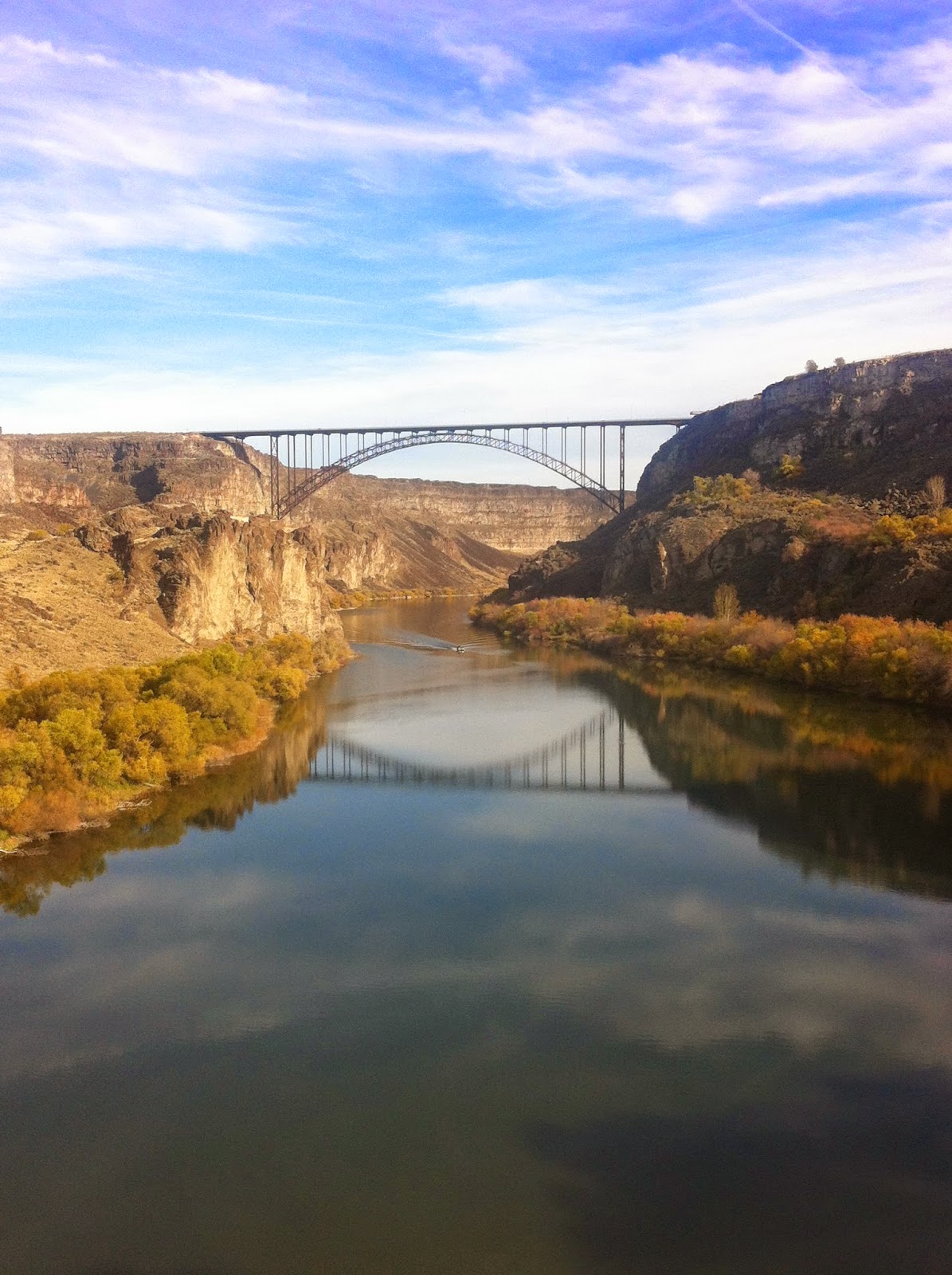 I wound up doing 7.25 miles back to my car. I got a little muddy and my shoes need a bath, fo sho! 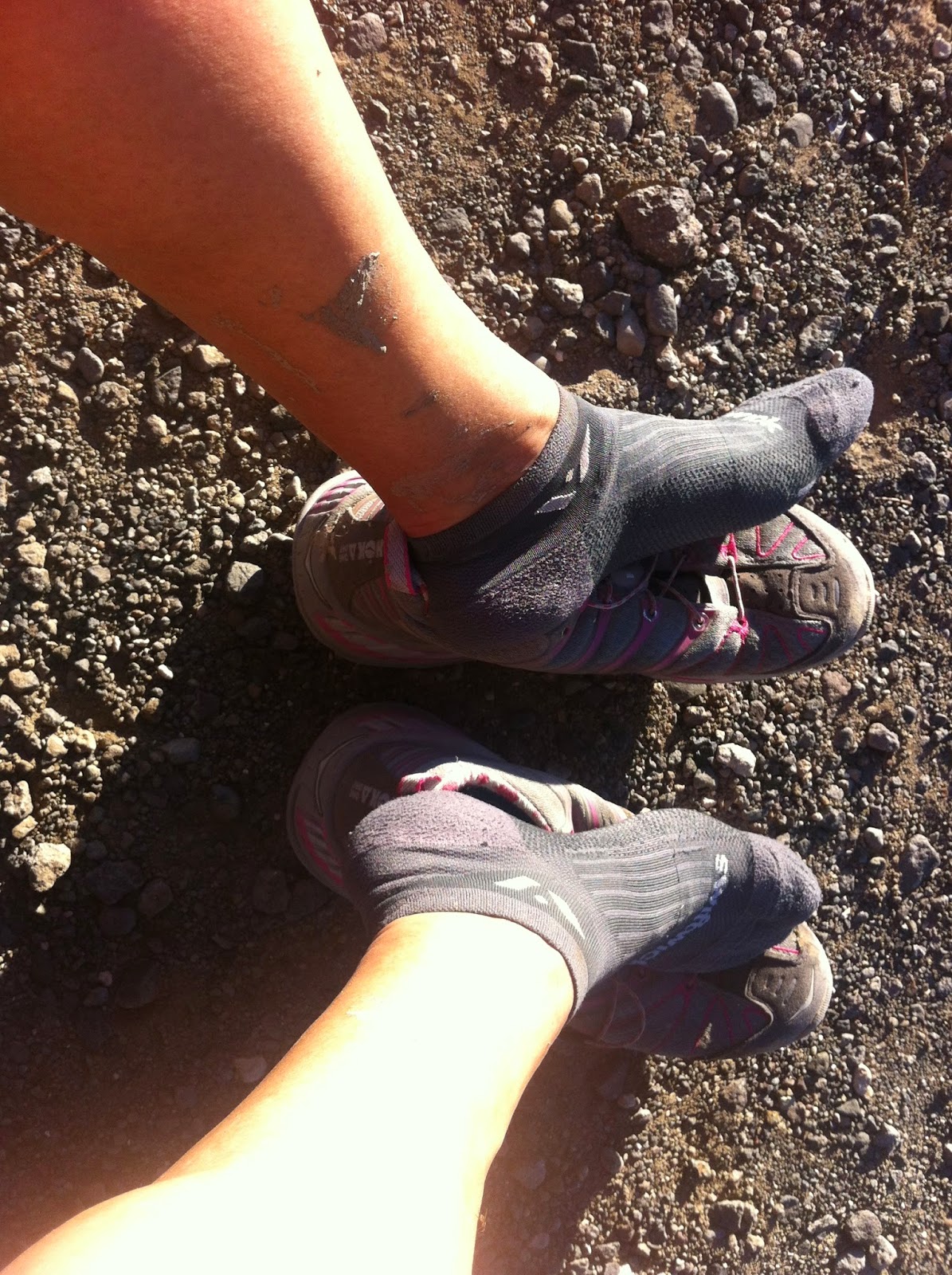 How do you find routes to run in a new location? Do you join a running group, or hope to find routes via Google?