What's Been Happening and What Is Next

October 12, 2015
I have been pretty lazy as of late. I have not wanted to do a whole lot of anything lately.

After the MVWLC win at the end of June, I have not had ANY motivation to do anything. I've lost all passion for running, working out is such a chore. I've tried a few little tricks to get myself back into the running and working out spirit of thing things, but nothing has brought back the love of running that I once had. 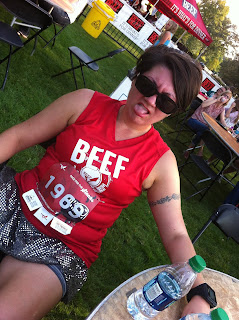 That being said, I have participated in a few races. One local race company, I feel I won't be running in any of their races anymore. Which makes me sad because the one race which is their biggest race is one of my favorites. I have lots of great memories of running in that particular race for the last few years. But for reasons that I don't want to get into on this blog, I have decided that any race that they put on, I won't run in, I won't give shoutouts and promote, and I will discourage anyone to stay away from. 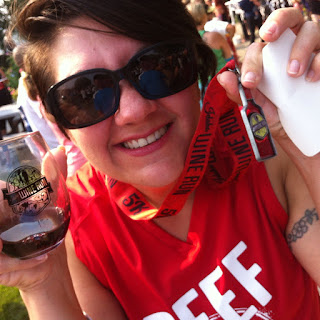 With the lack of any sort of running or physical activity, I have placed in my AG at the Race for the Steaks last month. I didn't get much sleep that evening, and I had way to much coffee to counteract the lack of sleep before hand which made for a very unhappy tummy. During the race I had to walk a couple of times, and at the end, ugh. I didn't feel very good. If I would have not walked at one of my intervals, I would have placed 1st. 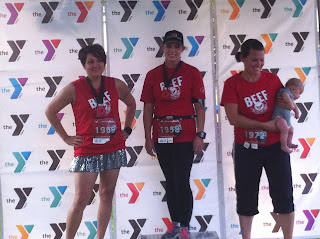 I did the Rim To Rim, which is such a good race. I was actually thinking about dropping down to the half rim at the start of the race, because I didn't feel like I could get through all 7 miles. (I've only been running 5K's and running a mile has been a total strugglebus for me) I was able to plow through the Full Rim with pretty minimal DOMS the next day. 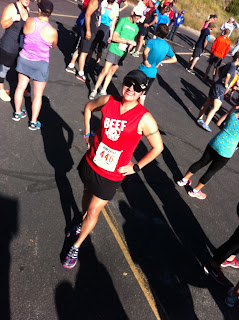 I was pretty proud of myself. I didn't have to stop and walk - I walked the uphill at the start because who can run 1.5miles up a 13% grade?! Seriously, I totally recommend people to participate in this race next year. You get a totally scenic race and you eat very well. I can't think of which post-race you eat better at?

Oh, I guess I ate pretty well that the Whole Foods Whole Kids 5K. It was not a timed race, but at each K you get a healthy food item. Fruit Skewer, Caprice salad on a stick, fresh juice, chicken and dessert at the finish. Seriously, I totally recommend this race next year. It wasn't easy running and eating with a wood skewer, but hence the untimed run.

As for what's next. I don't know. There is a huge lull in my running desire. I've gained a good portion of my weight BACK that I LOST, so participation in another weight loss challenge looks to be very likely for 2016. It won't be for $10,000 but it will be worth it for me to do. If you have any advice to bring the running mojo back, I'd love to hear it!

I downloaded the Kayla Itsines Bikini Body Guides. I bought the BBG 1.0, 2.0, and the H.E.L.P. I have noticed that some people on the IG have had very good results with her program. I am starting week one today. I think I will go through the first 12 weeks (which is BBG1.0) now, and start 2.0 at the beginning of the year. I am fairly excited about this (or as excited as I can be for working out right now.)

There are some other things in the works, like making a Plyo Box this week because what I have available to do step ups on is low.

Plus, making a sandbag also part of my plan, along with a slosh pipe. I'm pretty excited about the pipe. Seems so simple but gonna be a killer workout. 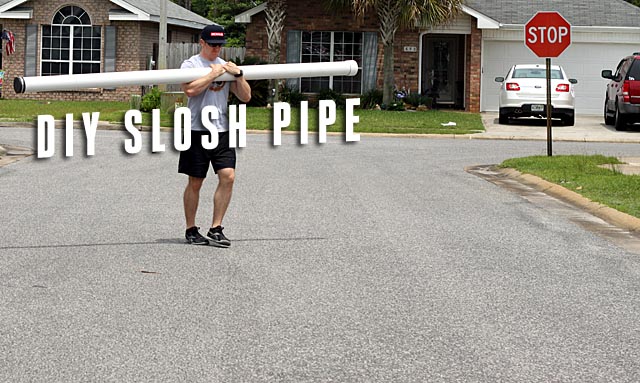 So, that is the updates for the last few months with me. What's been happening with you? Do you have any DIY home gym equipment? If so, what do you recommend?