I know that they are really popular the last few years but none of my close friends are runners, and this lone wolf runner don't run with a group. So my joining in on a relay has always been slim. But I finally have gotten the opportunity to join in with one.

And its a pretty big deal. 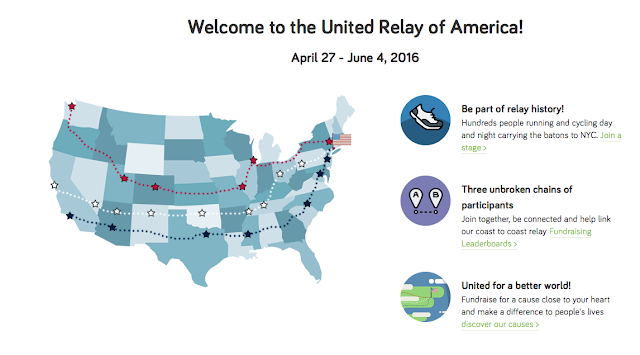 United Relay is a national race going coast to coast. The run started out in Seattle, LA & San Fran on April 27th and is going 24 hours a day until they reach the east coast of New York on June 4th.

The race will take place on 3 coast to coast routes so people from nearly every state will get the chance to participate.

Oh yea, this run is also raising money for charities. I picked the Seattle Children's Hospital as my charity choice.

I got to join in and pick which leg of the relay that I wanted to run. I was the first person to register for the Idaho legs. 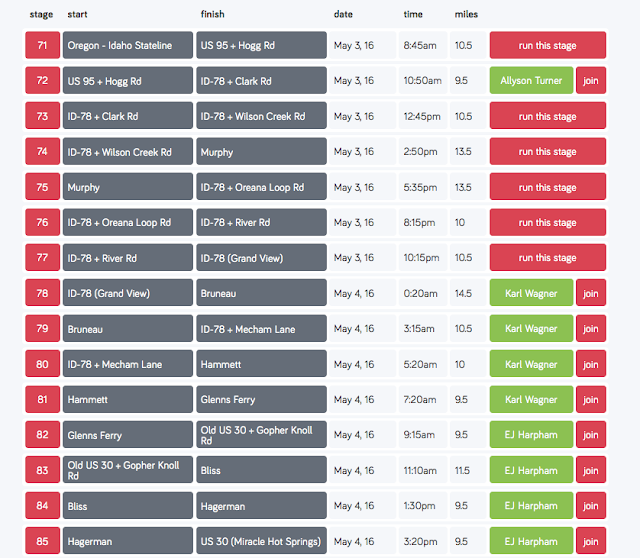 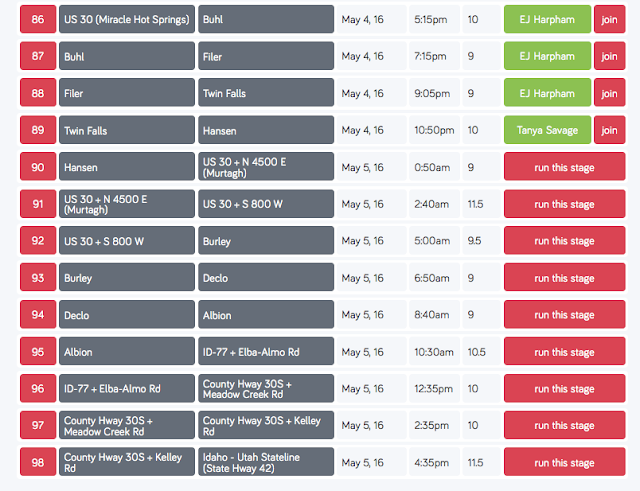 Now, thankfully a few others have joined in. I don't know who the 2 crazies are who are running 40ish and 70 miles before me, but big ups to them. This relay is supporting good causes.

The first person to register to run the stage gets to set the route and has to communicate with the runner before and after the stage to hand off the baton.

If you would love to join in on this, I would love to have you participate either with me - and keep me late night company - or run a stage nearest to you. You can view the routes and register here.

Have you signed up for the United Relay? Have you ever done a relay race of any sort?