I Has A Sad 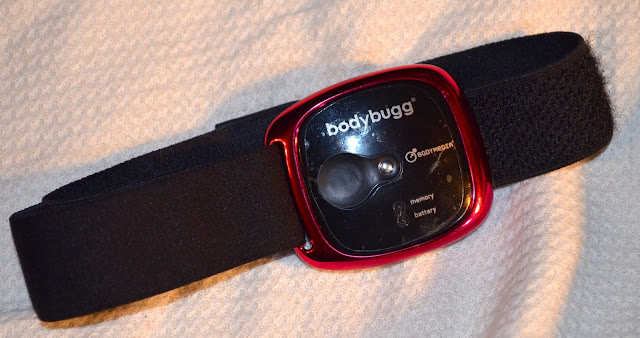 And I bought one off of eBay last year to help with me winning the weight loss challenge. I tried not to have it showing when I was out and about because I didn't want my competition to get one too! Above is a very rare pic capture of me wearing it!

I really liked this tool. When I got one however many years ago or so it helped me track my steps (I was working graveyard at the time) and I was doing over 20,000 steps a day. This was before I started running and tried to beat my walking steps at work. 20,000+ JUST on my shift at work.

But today. I was at the thrift store and my other half found it and showed it to me. I wound up getting it even though the eBay prices were not what they were last year at all. I resold the blue and white one above after I was done with my use of it last year and got my money back on it.

Last year I knew that BodyMedia (Bodybuggs maker) was acquired be Jawbone. But now, the BodyBugg.com redirects to Jawbones site.

Gotta get rid of the competition. I really liked that bugger. And I was pretty excited that the other half found a PINK one for me. I like my pink things. But its basically a useless paperweight now. And that makes me sad.

Have you ever used a BodyBugg? What fitness tracker do you use? Do you think it is accurate in tracking steps, calories, ect?