Something That Empowered Me In 2016

January 02, 2017
This is another writing prompt from the ladies of FitApproach / Sweatpink. This one is kinda difficult for me as I don't feel like anyone or anything really empowered my 2016. I feel like it was all me. 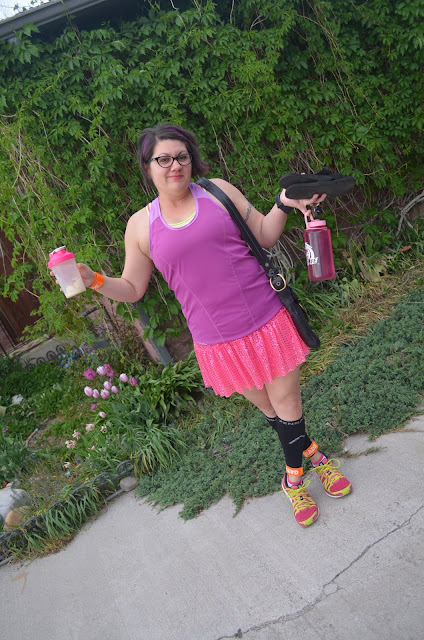 Share something that empowered you in 2016. Take a second to reflect and think about the things you did or learned in 2016. What empowered you to be your best self? Was it learning a new skill? A major life event? Taking a leap of faith? How will you build on what you learned last year?

I did not feel I was at my best self all 2016. I was just in a funk the whole year. All of my running times sucked, training was flat out hard, my eating and drinking was crap. I've been in a constant state of stress in my homelife - I've been fighting with the MIL nearly daily. My BFF's mother passed right before Christmas. I did not have a good year.

But I tried to change it around. I have reduced my drinking - I've pretty much given up on doing at home wine tastings because I enjoy it WAAAAAY too much. We went to Costco and have a bunch of healthy things all ready to nibble in the freezer. I joined the gym and have been trying to go as often as I can - and doing other things other then treddy and elliptical. Its a small gym and the weights have intimidated me here for some reason.