December 19, 2018
This was my 2nd year in a row running the Ugly Sweater 5K in Caldwell, Idaho. It was a little bit out of my way to drive to, but I thought it was such a good race last year, I planned all year to do it again this year.


The weather was as nice as it could have been in Idaho in December. The temps were mild and in the 30's. There has been snow and really strong winds, and it rained the night before the race. But race day, there was icy spots on the path, but no winds and no rain or snow during the race. Last year, it had freshly snowed if I remember correctly, so this year was a nice change. 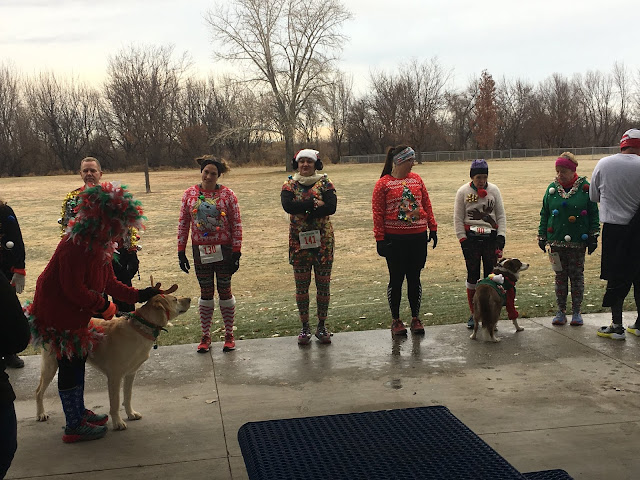 The race starts out with an ugly sweater contest. The winner got a local wine tasting, a DVD and some hot chocolate mix. I looked around this year for some ugly sweater items to wear, but it wasn't enough to win. That's ok. I plan on making a super cute ugly sweater outfit for next year! I want that wine tasting! 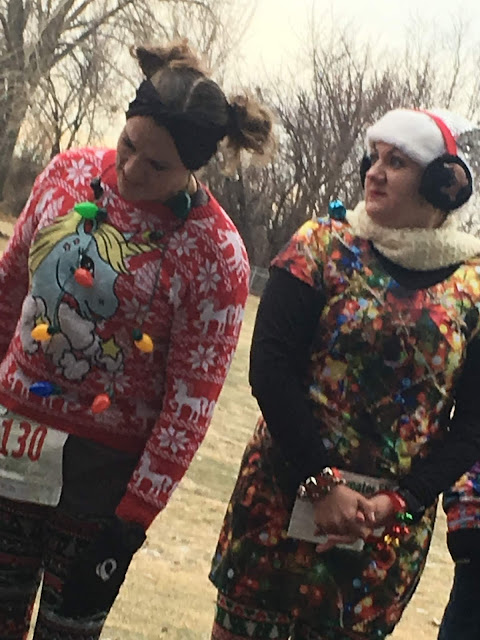 The race started about 5 minutes after 10am. I'm not sure why it was late, but it wasn't The race route was pretty much the same as last year. 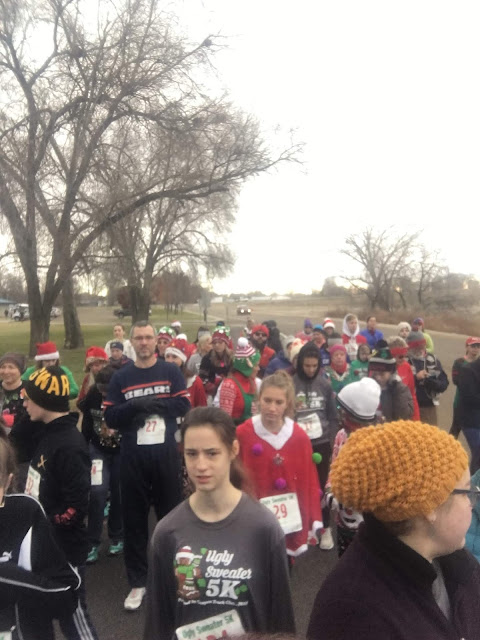 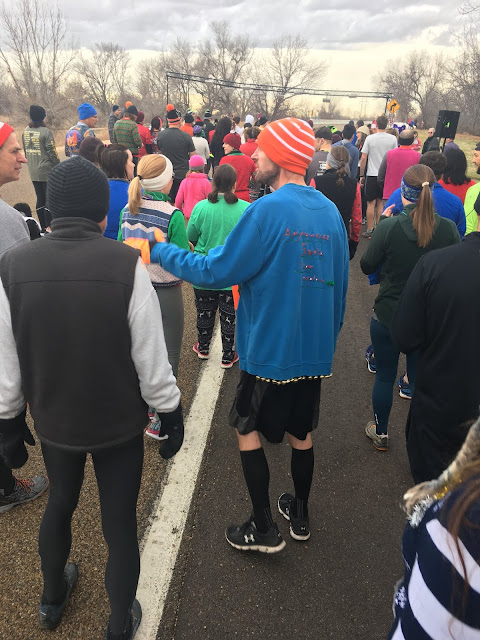 The other half stayed by my side the whole race. I wasn't sure what my leggies wanted to do. I have been overtraining and my knee was cranky. The last 5K we trotted together, I could not run the whole way and I was cranky about it. 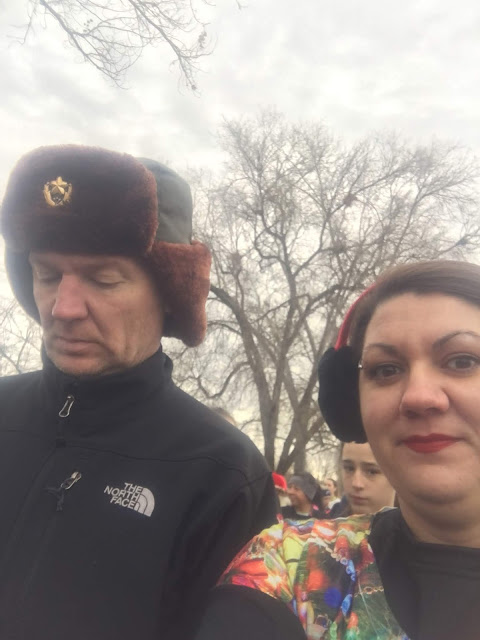 I tried to keep my pace pretty even, although slower then a few years ago! I felt like I wanted to give a little kick at the start of the last mile. I was doing pretty good until I was getting so sweaty I was so uncomfortable. The other half was a bit behind me so I stopped to walk and wipe some of the waterfall of sweat off me. I didn't walk long and I got back and trotted to the finish. The other half wanted me to beat the lady who passed me when I took my little walk break. My legs couldn't move any faster then they were and I know my knee was swelling. But I cruised to the finish. 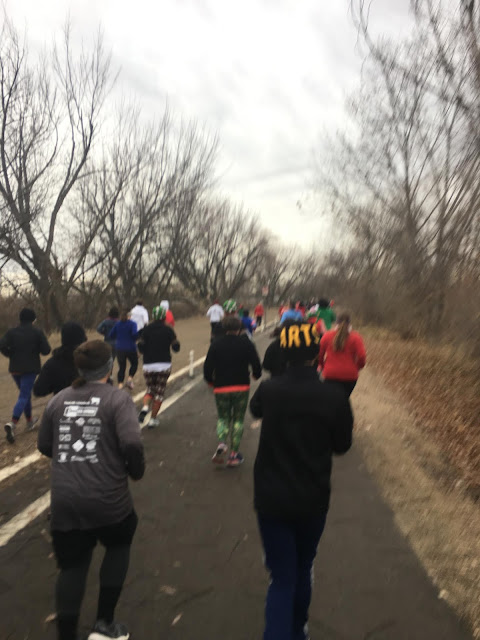 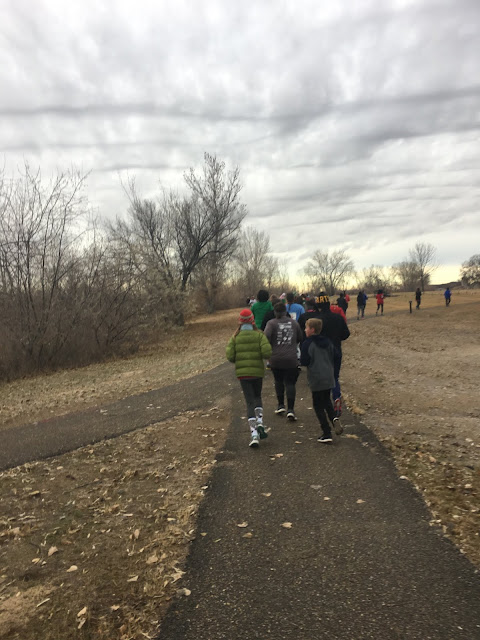 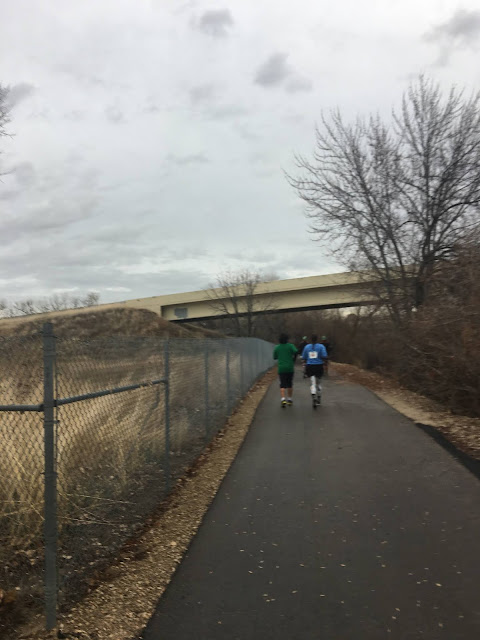 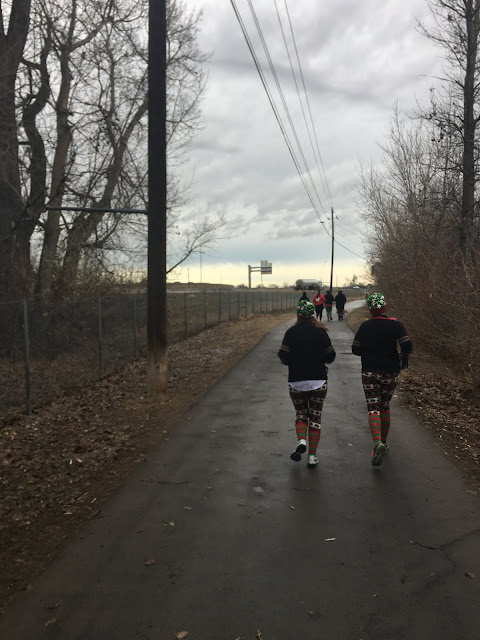 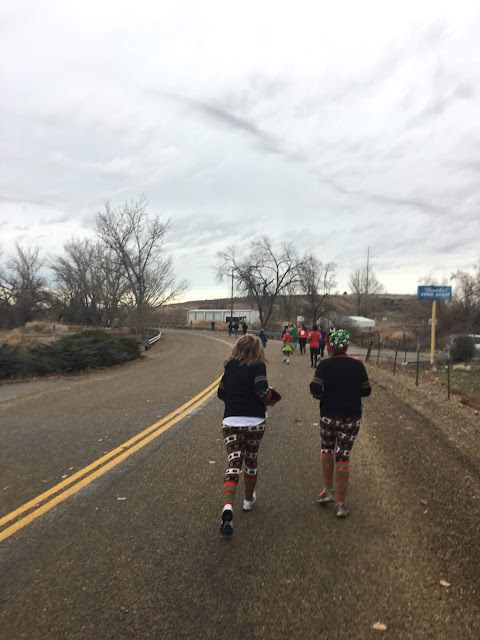 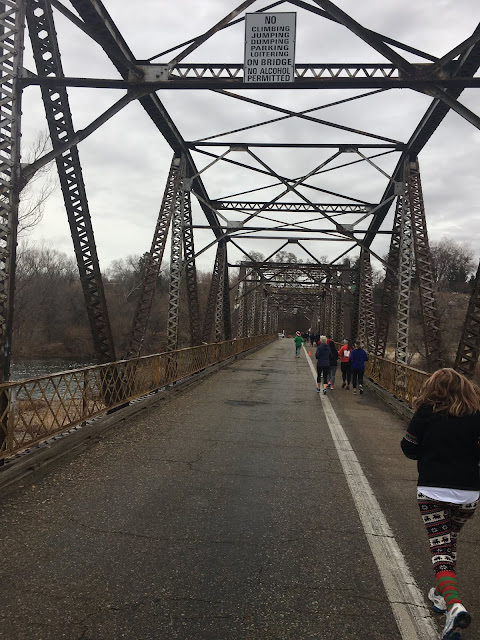 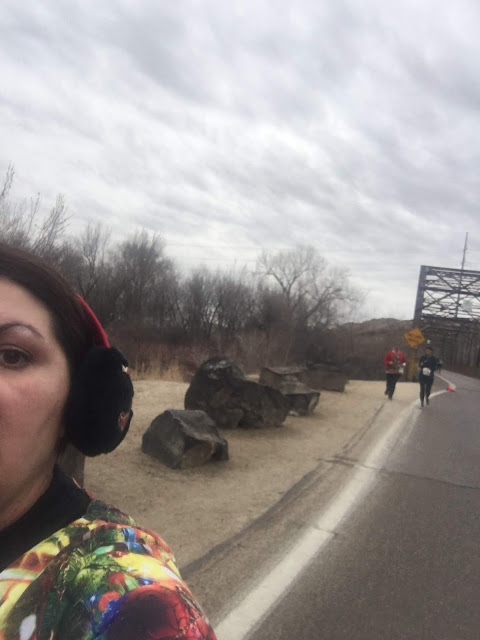 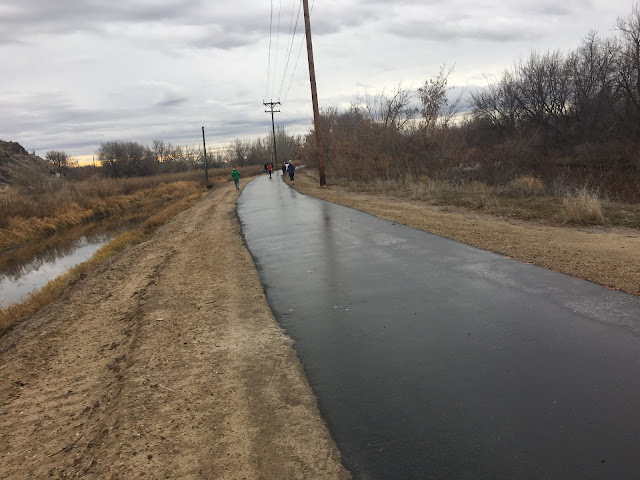 The same time as last year there was plenty of post-run pizza and bagel! I had 4 slices and after all the awards were giving out, there was still lots of pizza leftover. The other half and I took a whole pizza home and I nommed the heck out of it. 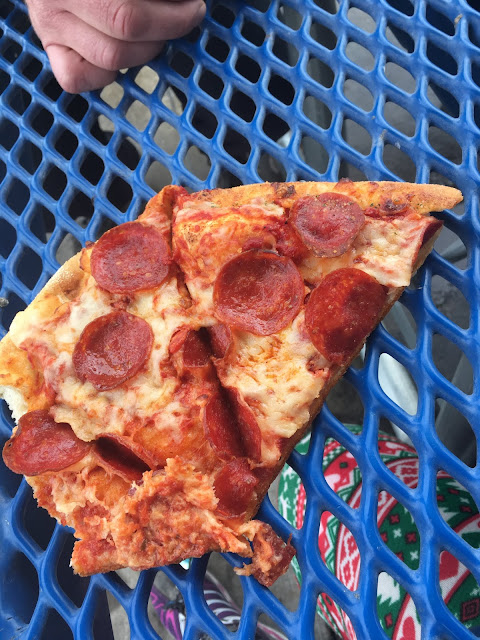 This race is quite a bit out of my way, but it is so well put together, it is worth the drive to Caldwell. I am looking for ugly sweater ideas for next years race. I am gonna win! 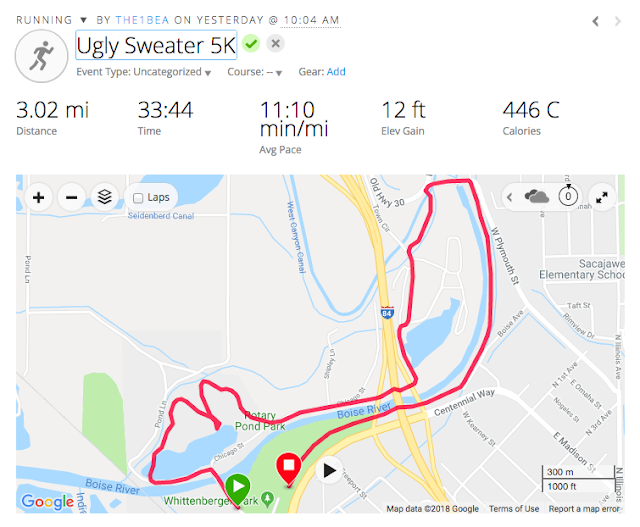