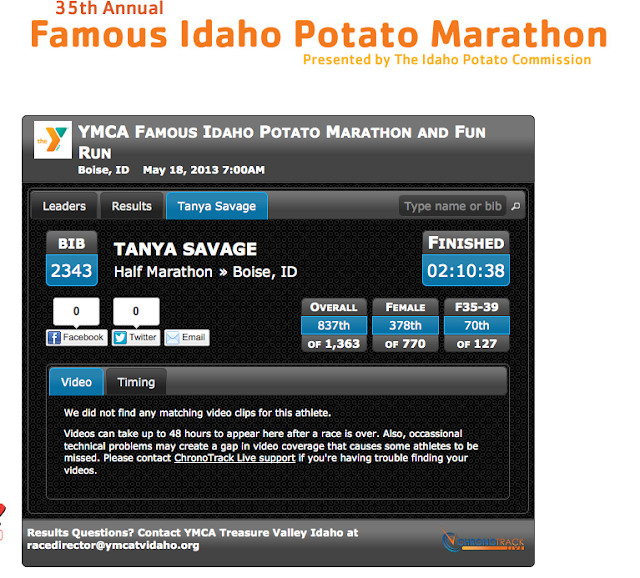 I didn't expect a PR, since I have been slow feeling for a while now. But the running gods smiled and my leggies felt well enough to have pushed myself.

The night before wasn't how I usually plan things. No pre-race pizza dinner for me. I had Taco Bell. And what's funny is that my cast iron gut really didn't have a problem with that. With a 5am wake-up for me, the BF decided to sleep on the couch so he wouldn't disturb me. And I slept awfully well - I may need to make him do this more often. ;-)


Brekky was one cup of coffee, water, and a Chocolate Haze Pocket Fuel. Normally, this is where I whine about not having any desire for eating or drinking anything, but that wasn't an issue on this morning.

The BF got me to the race start 10 minutes before 7am. Thankfully I didn't need to use the porta potties since the lines were SO long. A few minutes slog in perfect weather, I was ready to start. Since the race started 10 minutes late (grumble, grumble) I was chatting with a guy running his 47th state from the east coast. He had Alaska, Hawaii, and Montana left. So that was very cool.

The weather was perfectly cool. I started out slow, because I was not confident in my leggies since they were not happy during my 50K. I almost recorded a vlog with my phone because I was slogging it real slow and easy the first 3 miles. 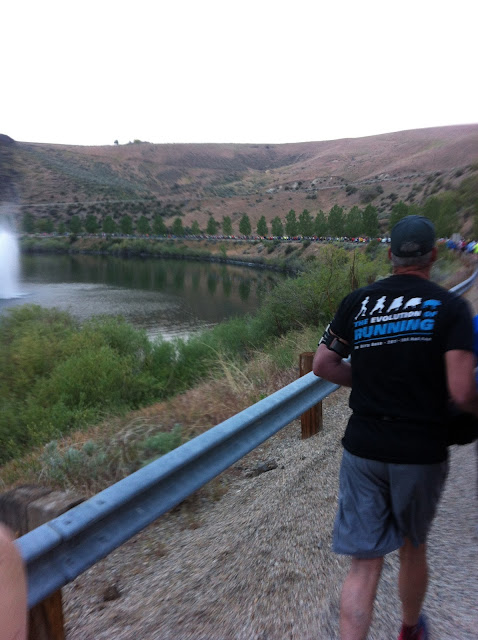 Around mile 3, I was stuck behind a group of 3 girls. All chatting about stuff and I didn't want to listen to them. I heard part of a convo about a miscarriage and who wants to hear about that depressing crap. I heard the heartbeat two days before I spotted. Yeah. Just bum us all out why don't you. So I had to pass them. That is when I started running my miles from 10:xx to 9:30-9:22. I got re-passed by the 3 downer girls so I had to kick it again and stay in front of them. 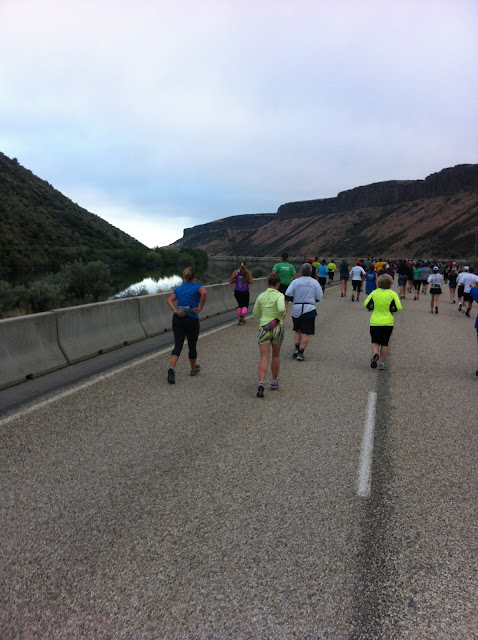 I took water at all the stops, except one, and took my gel (Vanilla Accel) at mile 5. A little earlier then what I wanted to but wanted to take it sooner rather later. I carried my gel and my phone in my hand the whole time. 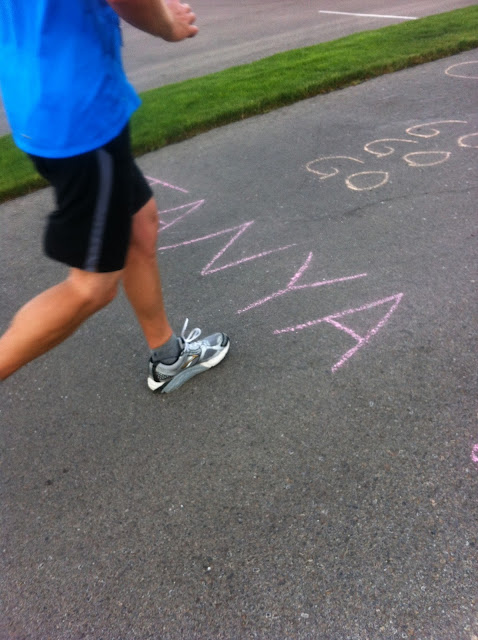 The chalk said TANYA D. but who cares. I showed the BF these pics and told him that I have fans and supporters cheering me on in real life and not just virtually. He actually believed me.

I really felt good until mile 10. That is where my fatigue was starting up. My tummy wasn't too happy with me and I was starting a slight cramp in my left quad. My 9:xx pace was now closer to 11. I took a gatorade at the next water stop and plodded on. Just a few more miles left. 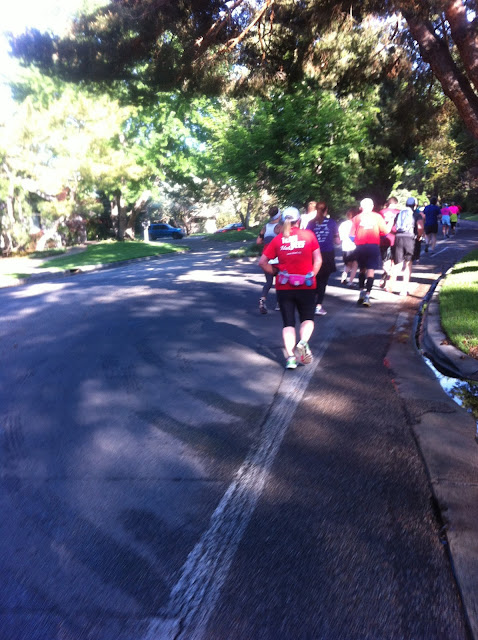 I did this race with Team Beef and all the team members were super nice as we passed each other on the course. At the end I was trying to hang on to 2 others of the team above but I was just fading. I did the last 2 miles in the low 10min/mi pace.

At the end, the BF was suppose to bring me my jacket and take me home.  I called and called on my phone and he didn't answer. I was sure he went home after my race start and fell asleep and his phone was on silent and he wasn't gonna pick me up because he was sleeping. I wandered around the crowd, getting more upset that I was cold and who knows what he was doing. So I sat on the ground and cried. After 45 minutes of waiting, I walked bonus miles home - took me 50 minutes. The BF showed up at the house right after I did. That all got worked out but a big grumble on that. But this race was my 9th half marathon and my first after my 50K. My next race will be the See Jane Run half in a few weeks - and FYI - I will be giving away race entries to that!

Did you run and or race this weekend? Will you run See Jane Run with me? Anyone wanna have a bloggie/twit meetup?