January 21, 2019
This was my first time giving this race a try. The winter this year has been very mild without much snow and freezing temps, I thought it would be a good time to make the 30 mile drive to Emmett to run this race. I even made the other half run with me and as you can see by our race photos, he made sure everyone knew he didn't want to be there. (this was mostly an act, I hope you all know that.) 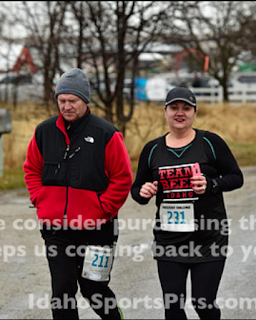 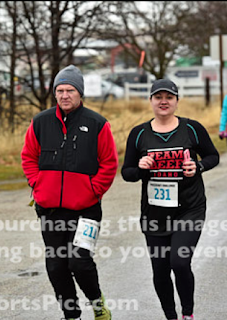 He put his hands in is pockets and made a scowl when I told him smile for the camera.

An early morning wake-up was uneventful. I had my clothes all ready for me and I expected rain for the whole race. Immediately went to Starbucks for coffee, a chicken sausage biscuit and a pre-run poop. An easy half hour drive to the Gem County Fairground for pre-race bib pick up. We even got fleece beanies with the Freezeout Challenge stitched on them. They are soft and the other half wore his to keep his head warm during the run. It really did the job!

The race started a few minutes late that had something to do with the potties. There was so much echo in the fairgrounds building it was hard to hear but I guess that is what I heard. I did hear the route instructions. I did the short course that did not involve the hill and I heard the instructions for where to make sure to turn for that. I did like how the race started and finished inside to protect us from the weather. I really did appreciate that. 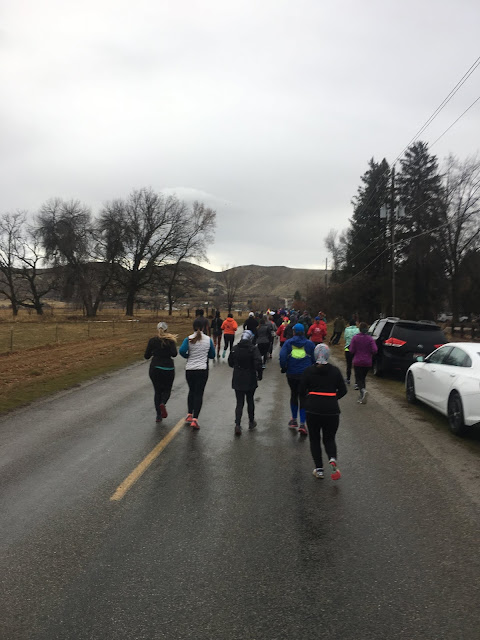 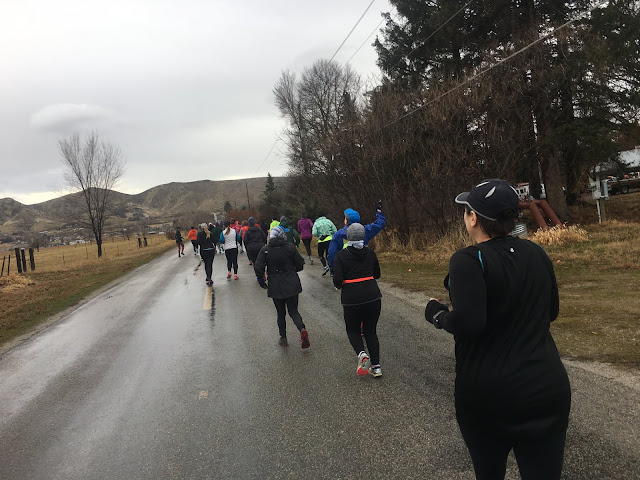 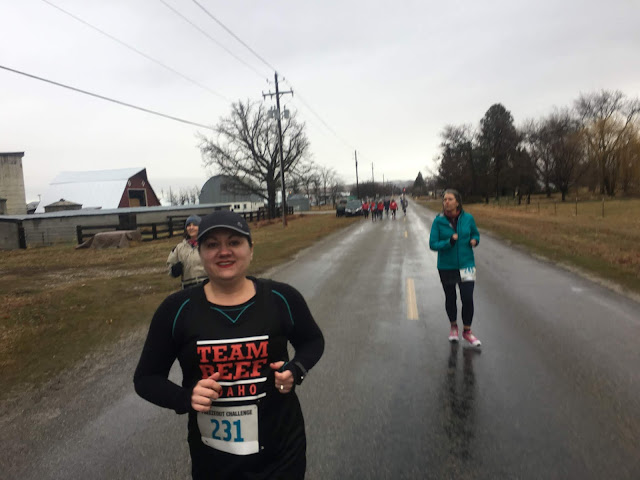 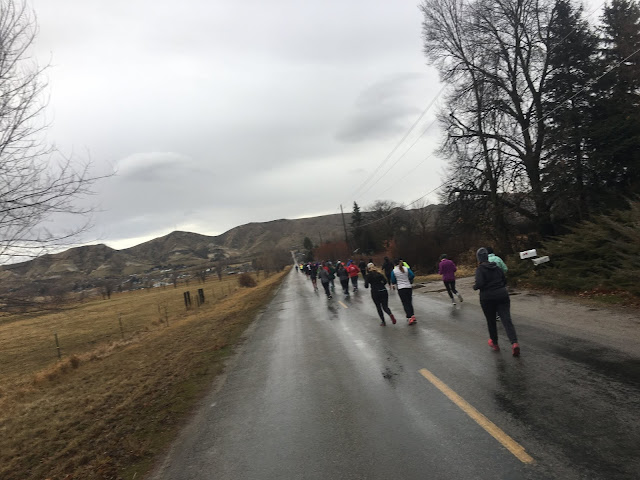 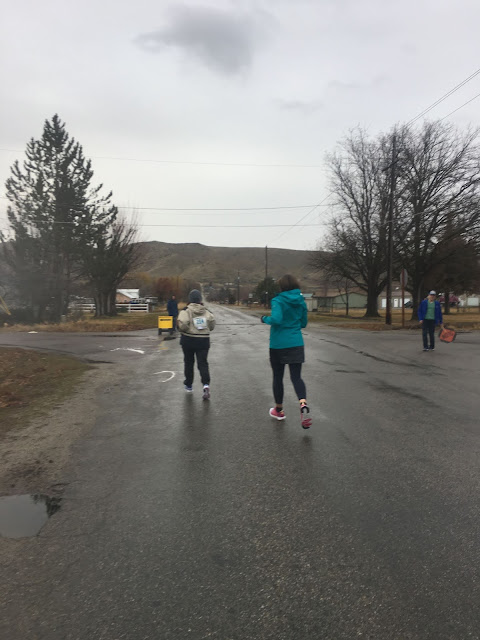 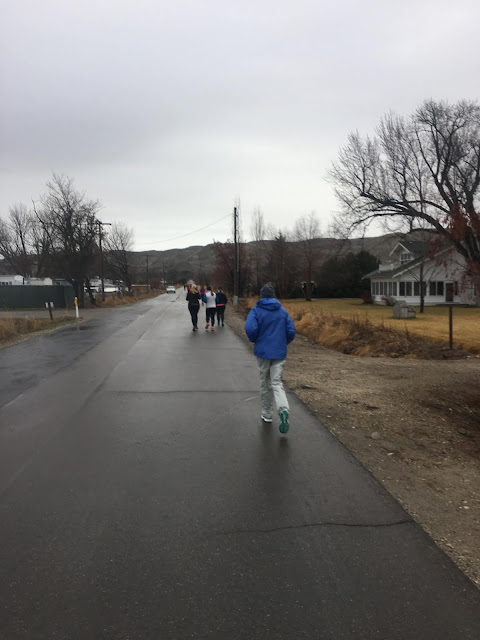 The race course was very well marked. There was some traffic on the roads, but enough volunteers at all of the intersections and for the most part it was such a quiet and lovely run. I did spend most of the run chatting with the other half whining about how stiff and slow my legs felt, the country houses and how free of trash the roads were. The course was so clean and free of litter, it was nice. 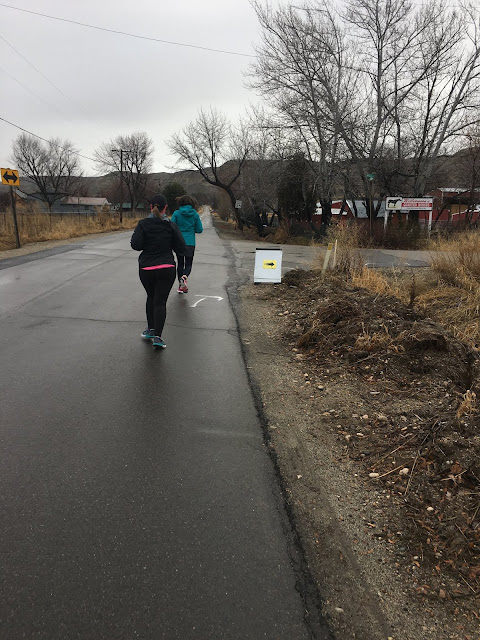 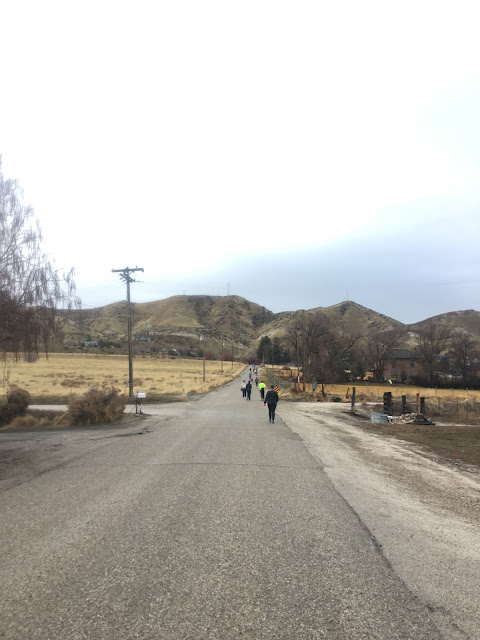 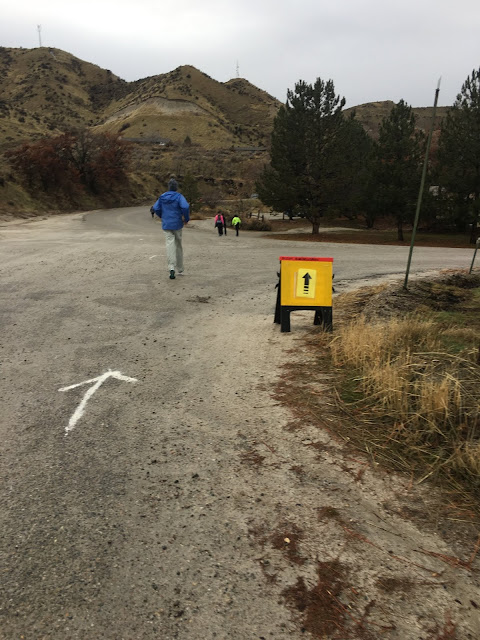 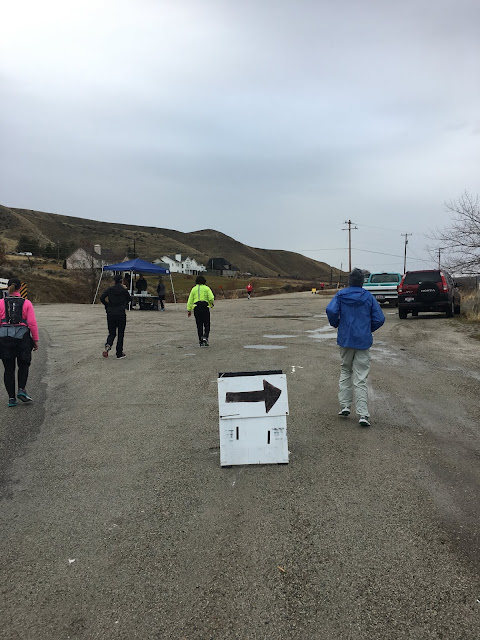 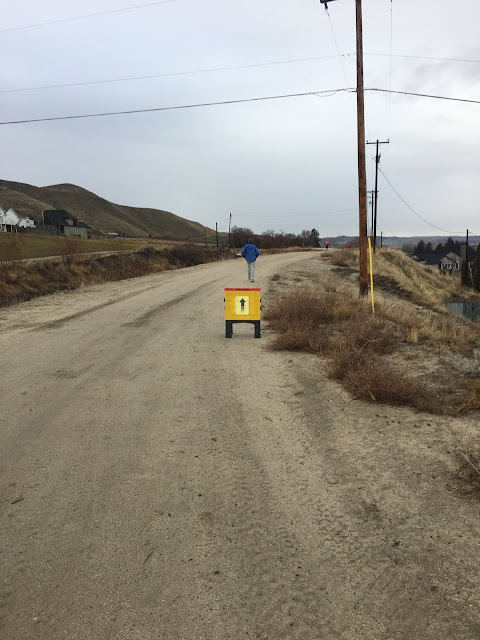 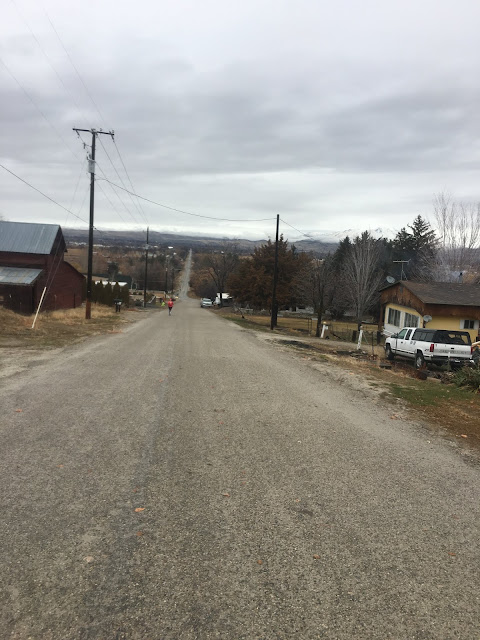 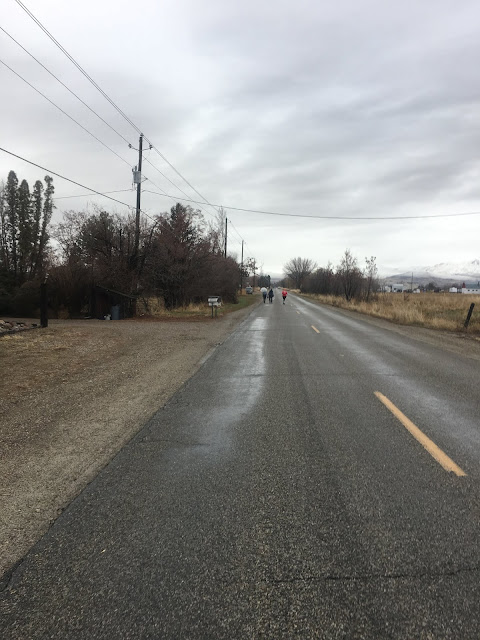 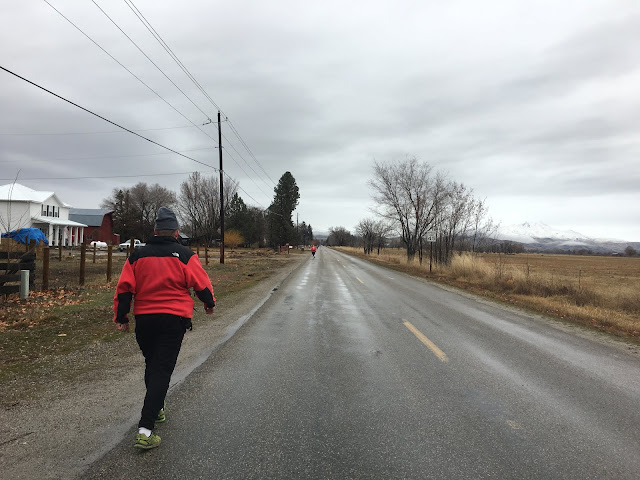 I walked a couple of times and walked up the short hill to where the short and long course splits apart. I was in no hurry and just wanted to enjoy the run. I have taken the last month off to rest up for a new training plan that I will be following starting next week. The other half did voice his concerns about how I have not been running like I should be for this run and I should have done some treadmill miles the last week. meh. Training officially starts next week. I am too good at resting up and taking time off. 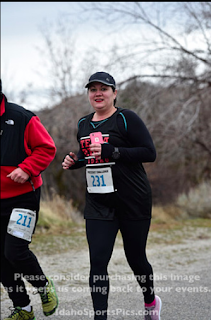 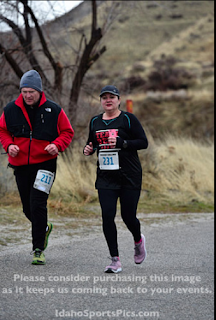 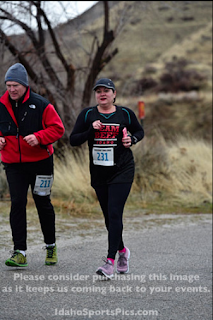 Post-run there was yummy chili - with beef or without. Chocolate milk, water, bananas, coffee, Powerade. The chili really hit the spot on the chilly afternoon as it was intended. 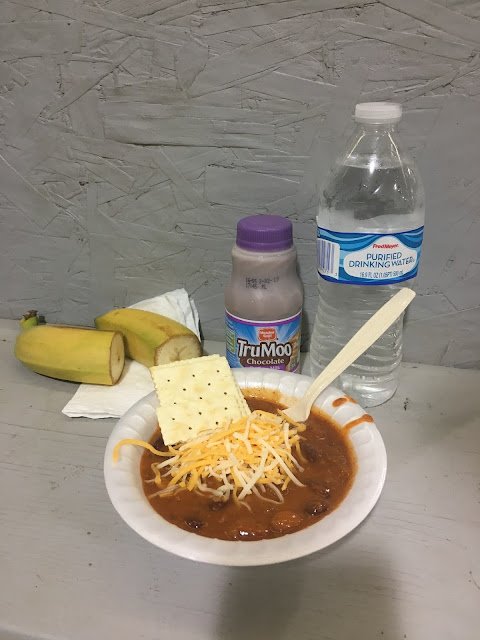 We did not stick around for the awards. We had errands to run and really wanted to get started on them before a 5:30 dinner reservation. I had a feeling the other half would have placed in his age group and he did! He got 2nd in his age group. I placed 4th in my age group.


This was a good little race and I am glad I have finally participated in it. Maybe next winter, we will have good weather like we had today and I might even try the 12K and trot up the hill. 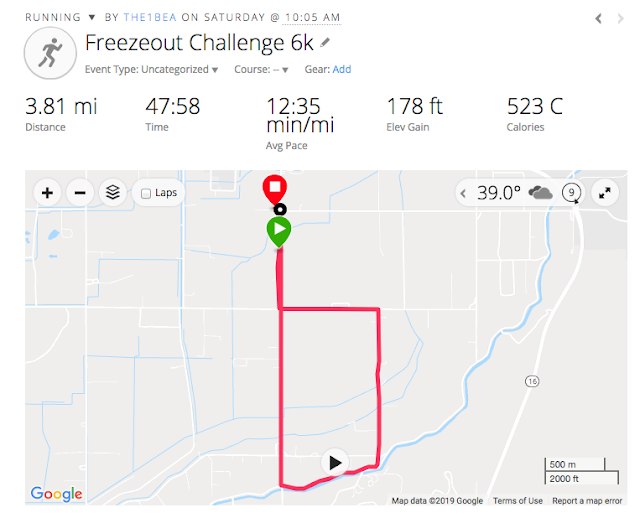 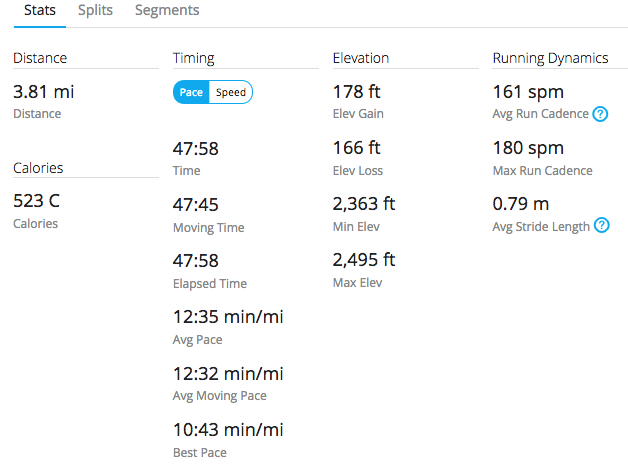